No Motorcade For Ruto At Queen’s Burial, He Will Travel By Bus 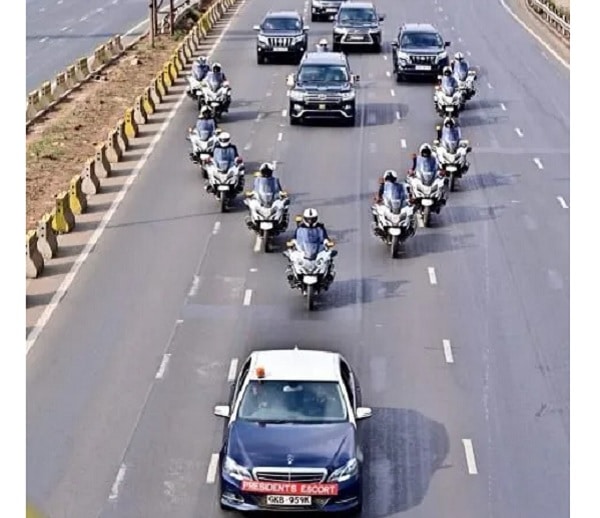 President William Ruto will drop his high-end motorcade and use a bus when attending Queen Elizabeth’s burial set for Monday, September 19.

Ruto, who is accorded full security protection, will also board a commercial plane to the UK rather than the presidential jet.

These are among the set of rules set for VVIPs attending the burial at Westminster Abbey in London.

UK banned the use of helicopters between airports and venues due to the number of flights operating within its airspace.

He will also be expected to travel alone with First Lady Rachel Ruto, without other staff members.

All foreign leaders were also restricted from displaying flags at any airport in the UK.

“We regret that, because of limited space at the state funeral service and associated events, no other members of the principal guest’s family, staff or entourage may be admitted,” the message from the UK read in part.

“Where possible, overseas representatives should plan to arrive in the UK at least one day before the state funeral or the first event they attend,” UK added.

All the leaders will also be escorted on foot to a reception hosted by Foreign Secretary James Cleverly.

They will then board a bus with other leaders and return to West London, where they will pick a car to ferry them around the UK or embark on other international duties.

Authorities in the UK, however, allowed the leaders to record short messages as they sign condolence books without causing disruptions to the main proceedings.

However, it is not compulsory for Ruto to attend the funeral. The Head of State may send a delegation to represent him as the UK accords last respects to the Queen, who passed away at the age of 96.

On Thursday, September 15, Ruto sent Senate Speaker Amason Kingi to Angola, to represent him in the inauguration of President Joao Lourenco.

PHOTOS:Meet The Meru Girl Whose Dowry was Delivered in a Motorcade and Choppers

No Motorcade For Ruto At Queen’s Burial, He Will Travel By Bus