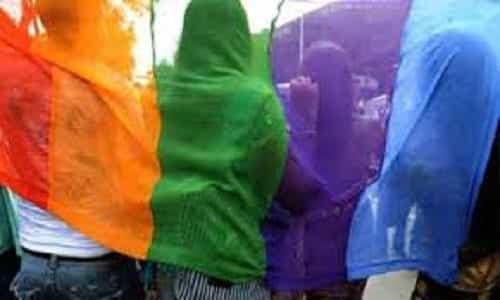 Moi Girls’ High School, Kamusinga is set to grill 54 students today over alleged involvement in lesbianism and devil worship, the Star confirmed yesterday. Principal Josephine Wanyama sent the girls home a fortnight ago and asked them to report back to the school this morning with their parents.

Parents of some of the girls are outrage at the turn of events and have threatened legal action against the school. The principal however maintains there is evidence to prove the practices are taking place. Wanyama sent the girls home on July 28.

A copy of the letters handed to the girls and signed by the principal dated July 28 read in part: following a stir in school on 25th July 2011 arising from students concern over the practice of lesbianism, you are required to accompany your ……… to discuss her social misconduct. The decision drew sharp reactions from some teachers during a stormy staff meeting. The teachers questioned the decision by the administration to victimise and condemn the young girls before other students and teachers before investigations are done.

The move, they said, has denied the students “natural justice”. “We are investigating and have asked their parents to come along with the girls to look at details of what we have and help guide the girls,” Wanyama told the Star. “Some 40 girls drawn from all classes are alleged to be involved but we have no concrete evidence of their involvement. We managed to identify a group of 12 girls against whom we have evidence of letters they have been writing to each other.”

The principal said the school board members chaired by lawyer Julius Khakula met on July 22 to discuss activities of seven girls believed to be involved in lesbianism. Five others were identified when students turned rowdy demanding that the administration takes action against their allegedly deviant colleagues. “We have not suspended anyone from school yet because of the guidance offered by the district education officer after we sought her involvement and wish to involve parents to offer proper guidance to their daughters,” Wanyama said. Asked whether the problem was widespread, she replied: “Yes, it is there in most schools but we deal with it through effective guidance and counselling sessions.”

The process of students relocation to USA via Kenya Airlift…

A father of a 16-year-old girl in form two at the school said he may take the school to court. “ I am contemplating legal action because my daughter has a long way to go. She has not shown any deviant behaviour yet she was sent home for being involved in things she does not even understand,” he said. Students interviewed complained of unethical conduct of a male teacher who goes around during evening preps taking pictures of some girls which are later posted on the school notice board. They also complained of high handedness by the school administrators.