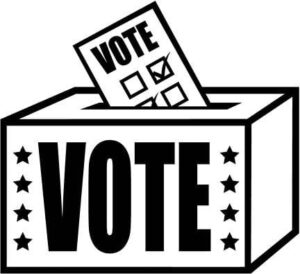 Presidential aspirants are competing to woo the Diaspora voting-bloc constituting a third of eight million unregistered voters the electoral commission is eyeing.

These include people with special needs and the estimated three million Kenyans in the Diaspora; a voting-bloc analysts suggest could be a swing vote in the General Election.

Once the Independent Electoral and Boundaries Commission (IEBC) enroll the additional eight million voters, the total number is expected to hit 20 million. The exact number of eligible voters abroad is unclear, with the IIEC exit report variously citing two and three million.

However, the Ministry of Foreign Affairs is understood to have compiled a report profiling Kenyans living abroad and how they are distributed.

I Believe In Miracles: A Testimony Of Hope After Son Was…

It has reportedly been turned over to the IEBC to help in preparation for voter registration outside Kenya.

Presidential aspirants are paying more attention to the new voting bloc, which would constitute 15 per cent of the total registered voters, enough to tilt the scales in a closely contested election.

Leaders jostling to succeed President Kibaki are increasingly turning to foreign capitals to market themselves.

In the past week, Prime Minister Raila Odinga, Vice-President Kalonzo Musyoka and Planning Assistant Minister Peter Kenneth were in the Middle East, Europe, and Asia.

Abdikadir Mohammed, the chairman of the Constitutional Implementation Oversight Committee, says the size of the Diaspora vote is large enough that no serious presidential aspirant can ignore.

Mr Abdikadir suggests that most of the voters are concentrated in Western Europe and North America, adding that the various presidential camps are scrambling to map out the vote-rich regions.

Budalang’i MP, Ababu Namwamba, described the Diaspora vote as a “huge pool” that could prove decisive in the elections due next year.

“This is going to be the swing vote. It could be the turning point especially in a tight contest.

I expect the number of visits by presidential aspirants abroad to increase as we hit the homestretch,” Mr Ababu said.

Political analyst Adams Oloo concurs that the Diaspora constitutes a “massive vote that can tilt the vote either way”.

“The importance of this untested voting bloc cannot be gainsaid for politicians, because they haven’t voted before, you can’t exactly tell their voting pattern,” he adds.

The PNU Alliance took the battle for the Diaspora vote a notch higher when Kalonzo announced the opening of an office in London.

It became the first political party to set up shop in the United Kingdom, hoping to use the London office as recruiting centre for Kenyans in Europe.

Addressing Kenyans at the Crystal Hall, Ilford, East London, Kalonzo termed the move the first step towards co-ordinating the search for the crucial Diaspora vote.

The VP spoke on a stopover en-route to Nicosia, Cyprus, at the invitation of the Cyprian President Dimitris Christofias.

In Japan at the invitation of the Ministry of Foreign Affairs, Kenneth held talks with Japanese officials and addressed Kenyans living in the world’s third largest economy.

The previous day, he had spoken to a gathering of Kenyans at Rhiga Royal Hotel in Kyoto.

On a weeklong visit in Israel, the PM held talks with President Shimon Peres and Premier Benjamin Netanyahu.

Raila had an unscheduled meeting with Ugandan President Yoweri Museveni. The ODM leader and his wife Ida also paid a pilgrimage to biblical sites.

Raila, Kalonzo and Kenneth have in the past addressed Kenyans in the United States, as has Gichugu MP, Martha Karua, Deputy Prime Minister Uhuru Kenyatta, and Eldoret North MP William Ruto.

There are 12.4 million registered voters. Based on the 2009 census, the IIEC report notes: “A lot needs to be done to ensure that the more than eight million eligible voters not registered are registered as provided for in the Constitution.”

The Elections Act provides that there shall be a Principal Register of Voters, which shall include a register of voters abroad.

Those willing to participate are required to register at centres that the electoral body plans to establish in the Kenyan embassies and consulates.

Ababu said voters abroad could inject freshness because they were “more discerning, critical and eagle-eyed to pick the best (leader) from the pack”.

“Due to exposure to different democratic views, most are well aware of issues and might be different from the average Kenyan voter persuaded by ethnic and political affiliations,” observed Ababu.

But Abdikadir differed arguing that comments posted on online media suggested that some were still captive to ethnic viewpoints.

“One would hope the Diaspora vote injects positive energy devoid of ethnic chauvinism to head towards issue-based discourse.

But judging from comments on blogs, one feels disappointed,” he said.

Ababu, however, cautioned that the voting by Kenyans abroad presented enormous logistical challenges.