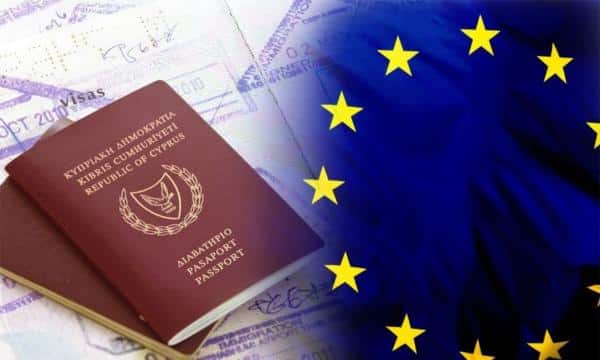 PROTESTING outside the Interior Ministry for the second time in the span of six weeks, Paul Murimi Njenga from Kenya said this week he wants officials to explain why they plan to take his children away from the only country they know.

“I want people to read about this and know,” he said.

Paul came to Cyprus in July 2002, where he met his wife Hannah – also from Kenya – almost two years later in March 2004.

They married in December 2005 in a Christian Orthodox church and went on to have a boy, now six years old, and a girl, aged four.

Gone Too Soon: Promotion to Glory of Florence Mumbi of…

When Paul’s work permit lapsed in 2007 he requested asylum. At the time, a dispute over elections held in December in Kenya caused protests and riots. By early January 2008, Reuters news agency reported that 255,000 people had been displaced.

Over the years that passed, Paul and his wife kept getting temporary residence permits allowing them to stay and work.

But in January this year, the interior ministry rejected the family’s application for a temporary residence permit and asked them to “make the necessary arrangements to depart immediately from the Republic”.

Paul got in touch with the Ombudswoman’s office and asked them to look into his case. His children are born and raised in Cyprus and this is the only home they know, he says. Paul also claims that his children only speak Greek. He said that they never wanted to learn his native language even though Paul’s Greek is limited.

The Ombudswoman’s office first got in touch with the interior ministry in May and heard back at the end of July to be told they would not re-examine Paul’s case. But the office insisted, and the Ombudswoman sent a letter a week ago asking to be given the case file so they could examine it, said the office’s Aristos Tsiartas, who heads the anti-discrimination authority within the office.

Tsiartas said they are now waiting for a response to continue their investigation into Paul’s case.

Paul says he has a right to stay on humanitarian grounds.

“Moving [my children] back to Kenya will be a tragic idea bearing in mind that these children will drag behind for about three years before they catch up with the educational level of other age mates due to language barrier,” he said in a letter to the interior ministry.

He delivered the letter by hand in early October when he and his family protested outside the ministry.

When he demonstrated again on Tuesday, a security guard told him his application “would be considered,” he said.

“I have managed to support my family fully without any disturbance to my fellows or the government,” Paul said in his letter.

“In those ten years I have not had any criminal record in Cyprus,” he said.