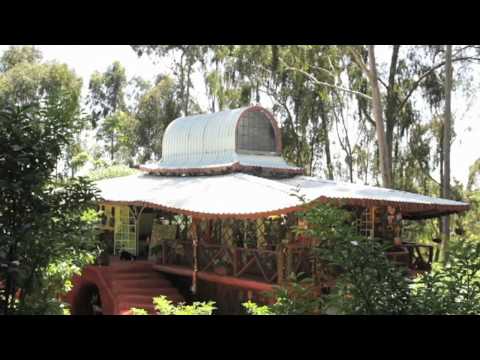 Long overlooked on the international arts scene, Kenya is finally gaining prestige on the world stage. Some artists can now make their living entirely from artwork and collectors are coming from around the world to buy it.

Works by Kenyan artists are exhibited around the globe.  World-class galleries cater to foreigners and other Kenyans.  And the collectors are paying attention.

Born in Kenya, Amyn Abdula now lives in Vancouver.  He has been collecting African art for more than 25 years and has more than 150 pieces.  The majority are from Kenya.

“The more I saw, the more it appealed to me,” said Abdula.  “And I think it was actually, because I had left Africa, and that Africa was still in my heart.  And when I went to North America, or Europe, or wherever, and whenever I saw some African stuff, it sort of appealed to me.”

Collectors anticipate that Kenyan art will soon become as popular as art from west and South Africa.

Although estimates vary, Kenyan artwork is today selling for an average of 10 times the price it commanded 12 years ago.  And figures are expected to go even higher.

Carol Lees owns the One Off contemporary art gallery in Nairobi.  She knows first-hand how art collectors are starting to appreciate the value in Kenyan artwork.

“We certainly have some great fine art that has its own very strong individual voice, and is as good as anything you’d buy anywhere in the world,” said Lees.  “And I think you will see the prices go up quite incredibly in the next eight years.  I’ve heard a couple of collectors say that the time for East African art is just coming and we need to prepare ourselves.”

As for the artists, some are becoming household names in the art world.

Peterson Kamwathi is one of Kenya’s most well-known contemporary, or so-called second-generation artists.  One painting can now fetch more than $10,000.

Like their counterparts around the world, Kenyan artists are telling a story of their culture, political struggles, family life, or just social commentary.

Richard Kimathi is another popular second-generation artist who depicts Kenyan struggles and triumphs through his art.

“I think everything counts,” noted Kimathi.  “From the people to the politics to the social life.  It’s sort of a combination of all those things.  And then with my own sort of creation.  You know, my ideas, I fuse with whatever surrounds me.”

And like Kamwathi, Kimathi’s name recognition allows him to make his living solely from selling his artwork.

Kenya’s burgeoning art industry is attracting collectors from around the world who are interested in its long-term investment opportunities.

But others, like Abdula, have a different reason for collecting Kenyan art.

And in Kenya, this voice seems to be talking more and more.