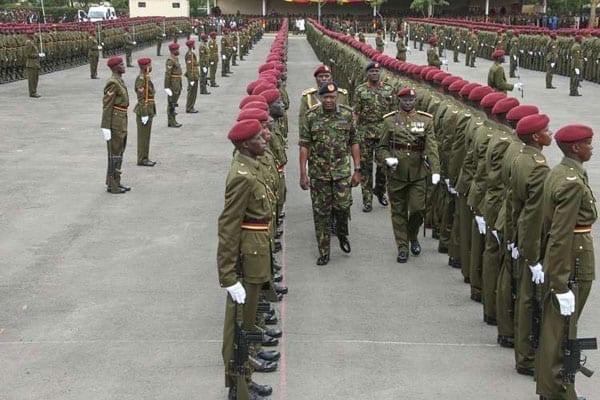 The government is at this moment deploying an unparalleled police force to the explosive Tana Delta  to contain the clashes that have left over 100 people dead in just under three weeks.

A contingent of over 1000 general service unit is on its way to the restive region even as the name of Galole MP Dhadho Godana adversely featured prominently in parliament over the Tana delta massacre.

Internal Security Assistant Minister Simeon Lesirma said the killings have some political connotation and warned leaders fueling the skirmishes that they will be dealt with accordingly.

The government is now flexing it security machinery following the slaughter of over 100 people including nine police officers in the Tana delta. And to contain this situation 1000 general service unit officers and

Over 300 police officers to be backed by a chopper to track down the killers who have reigned terror in Tana delta have also been deployed to the area.

The move came as parliament Wednesday afternoon approved a motion urging the President to deploy the Kenya Defense Forces to arrest the anarchy that leaders claim might spread to other parts of the country.

But it is the name of Galole MP Dhadho Godana that featured prominently in the debate mirroring the massacre that has been meted on innocent Kenyans including children and women in the delta over the last few days.

Internal Security Assistant Minister Simeon Lesirma said financiers and warmongers igniting violence in the region will be dealt with accordingly.

GROOM ASKS FOR DIVORCE FROM HIS WIFE ON THEIR WEDDING NIGHT