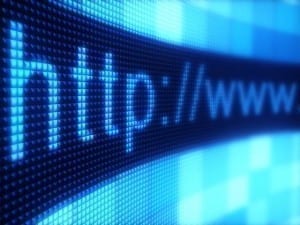 Internet service providers have three months to comply with the new Internet spying standards that the Kenya government has set as it tightens its grip on Web activity.

The new rules are particularly targeting social media users with the demand that service providers instal Internet monitoring gadgets that eliminate anonymity of e-mail senders and other Web users by December.

Internet service providers (ISPs) — including mobile telephone operators — are being asked to eliminate anonymity of Kenya’s 6.4 million Internet users as the country heads toward a General Election in March 2013, with the Internet as the main channel for communication of political messages.

It is estimated that 95 per cent of Kenya’s Internet users access the Web through mobile networks, making them handy tools for purveyors of unlawful or unethical messages.

The government is consequently demanding that each operator installs a system that assigns Internet Protocol (commonly called IP) identity to each gadget making any communication originating from such gadgets traceable.

Currently, each network has a single IP meaning messages can be easily traced to a network but not the originating equipment.

Information PS Bitange Ndemo, who admits that the upcoming elections have added impetus to the shift from Internet protocol version 4 (IPv4) to 6 (IPv6), says Kenya has to pioneer the change for its own security.

“We are shortly formulating a policy where each gadget will be required to have a unique identity. This is part of the exercise to improve national security,” he told the Business Daily. “We can’t live like wild animals.”

Some telecoms and internet service providers welcomed the proposed changes even as others warned of the dangers that tying technology to bureaucratic and security issues poses to the sector’s growth.

Joshua Chepkwony, the chairman of Jamii Telecommunications Ltd, a backbone and ISP firm, says there is need to prepare end users and even international backbone operators for the changes without tying the process to a timeline.

“The government’s agenda is different from the industry’s. If they push the security issue too far, people might take the matter out of context,” said the entrepreneur who supports a wide assigning of IPs to end users for value addition. Mr Chepkwony said stakeholders had requested a meeting to discuss the matter but it has yet to take place.

Kenya’s leading telecommunications operator, Safaricom, welcomed the planned migration to the IPv6 platform but said that it was wrong for the government to execute such a plan through the setting of deadlines.

“It is not realistic. IT is not regulated in this way,” said an official who declined to make substantive comment before seeing the proposed guidelines. The measures come hot on the heels of the September 30 deadline for switching off of counterfeit phones estimated to be three million out of the more than 20 million in use countrywide.

The fake phones have no IME identification, making them hard to track and turning them into an equipment of choice for law breakers.

IPv4 uses Network Address Translations (NAT) when traffic is moving through routers for identifying user (operators) gadgets but the new system assigns a public address to each user that can be viewed by all.

The Telecommunications Service Providers Association of Kenya (Tespok), an industry lobby, has been providing free training for operators in preparation for the shift.

“Any operator who opposes the move must know that they will soon be cut off by international backbone operators,” said Sammy Buruchara, CEO Kenic, the .ke registry and a Tespok member.

On August 23, the government met representatives of the service providers where it encountered some resistance but maintained that it would go ahead and issue the policy guidelines.

Dr Ndemo had promised to publish  the new guidelines last week but by the time of going to press the document had not been published.

The PS said the GSM Association had been pushing Kenya to pioneer the move in Africa. The government lately appears determined to crack down on web crime, including hate speech on cyber space.

So far, two bloggers, Robert Alai and Denis Itumbi, have been arrested and arraigned in court over cyber activity deemed to be in breach of the law. Internet and SMS contributed considerably to fanning of violence during the 2007/8 electoral mayhem.

In March, the government ordered ISPs to install the spyware.

The Communications Commission of Kenya (CCK) sent letters to telecoms service providers demanding their co-operation in the installation of the Internet traffic monitoring equipment known as the Network Early Warning System (NEWS), marking the first serious step in policing cyberspace.

Alex Gakuru, the elected African representative for the Non-Commercial Users’ Constituency’s Executive Committee, says that while the government is enthusiastic about identifying internet users, the anticipated explosion of IP addresses with IPv6 could make the endeavor futile.

He says in as much as the move assures identification of end users, the expanded freedom of expression and space—where users can communicate directly—has brought new challenges of policing even in Europe.

“With public IPs people can do peer-to-peer communication and even host webs on their computers which would overwhelm the monitors,” he said.
The two IP systems are expected to initially run side by side but with time the older version will be phased out.

IPv6 is expected to be the main driver of the rapid expansion and advancement of IT in Kenya that will enable home gadgets to be operated remotely  using sensors.
The use of the new system is especially set to improve use of the submarine cables owned by the government and the private sector. Kenya hosts the State-dominated The East African Marine System (Teams), Seacom, Lion2 and EASSy cables.

Video:Ati Kansiime is not the one who borrowed the money