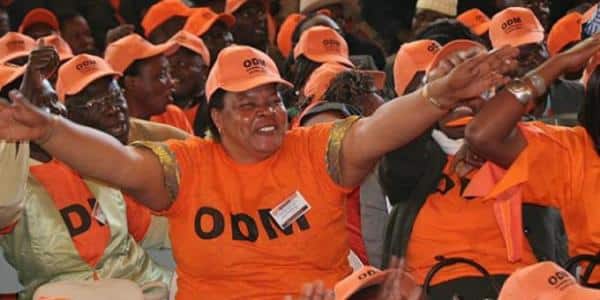 In Kangema, TNA’s Tiras Ngahu was announced winner with 13,752 votes with Simon Mwangi of UDF coming a remote second with 2,958 votes.

“It is unfortunate that we had a low voter turnout in Kajiado North,” Hassan said.

He however congratulated voters in Kangema and Ndhiwa which recorded impressive turnouts.

Hassan said Monday’s by-elections were testimony that the commission will be efficient in conducting a free and fair general election scheduled for March 4, 2013.

“Kenyans should now know that the commission has begun a journey of conducting a free and fair election in 2013,” he said. “We shall keep the faith and finish the race.”

He assured Kenyans that the commission will improve various systems from Monday’s by-elections experiences.

Kenyans should now know that the commission has begun a journey of conducting a free and fair election in 2013,” he said. “We shall keep the faith and finish the race.”

“We have learnt a lot, and since we are going to have six races in the general election, we will have to improve our systems for the better,” he said.

And to those still doubting the commission’s preparedness to hold a general election next year, Hassan said: “They should know that we are ready.”

“That date which has been set for March 4 will not change. Kenyans are going to vote on that day and the commission is well prepared and whoever has a doubt should know that he/she is wrong,” he said.

He has urged Parliament to expedite proceedings on the Elections Regulations Bill which is still pending in the House.

“Once they pass it, it will become law. Those are some of the things that are pending and we are asking Parliament to expedite them,” he said.

Mary Wambui breaks into tears,says she has lost a personal friend

List of 16 people traveling with Sonko to the Hague

THE BEST WINE IN TOWN