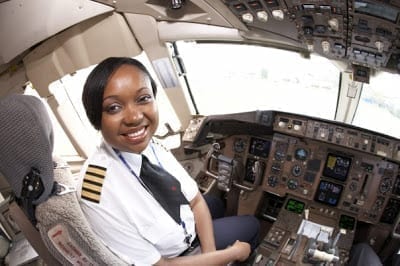 This is a new era…It’s the era of the woman in charge. The aggressive, man eating woman who takes no prisoners. The woman on top.

It may seem exaggerated but look around you. It won’t take you long to spot the ladies that I’m talking about-confident, tough, smart, aggressive, successful, in managerial positions, directors on multi-national boards, marketing or brand managers, making lots more money than men, including their own husbands. It’s now common place to find the wife earning two or three times more than her husband. The power base has shifted, and now its common place to find the man having no choice but to accept his position as ceremonial ‘head of the house’.

We see these powerful women everywhere; in traffic driving the biggest and flashiest SUV’s you could imagine. Oh, and if you’re expecting her to give way on the road you have another thing coming. She drives just as rough as the matatu drivers, maybe worse. She has learnt well, too well actually. She has road rage, and when she throws out obscene hand gestures and shouts out invectives in traffic, you better move out of her way, or experience the wrath of a woman who doesn’t give a (bleep)…

This powerful lady doesn’t see why she should wait for a man to do things for her, she takes what she wants. His money is their money, but her money is her money. Don’t get it twisted, she still wants to be treated like a lady and spoilt, but on her own terms. Take her out, buy her drinks, shop for her, take her on holiday, just don’t bank anything in return, unless of course she feels sufficiently philanthropic.

You’ll see her in the corporate boardrooms, barking instructions to her male subordinates, as they scamper for cover.  She is the queen bee, a feared boss, and she can be as cutthroat and ruthless as any man in office. If she is eyeing that top position, God forbid if you get in her way. In the past she used to sleep with the boss to get the top job, but nowadays her work ethic, skills, leadership, and straightforwardness is what puts her in poll position. She no longer needs just good looks to get ahead, all she has to do is stare down her male opponent and the job is hers. She is cold blooded and you know she is willing to do whatever it takes to get ahead.

Don’t ever think of keeping one of these ladies waiting, whether it’s for a social fuction or a meeting. Stroll in 15 minutes late and you’ll get a verbal lashing; she has things to do and doesn’t entertain tardiness. Patience I’m afraid is not one of her virtues. Her time is valuable, and is she says 2 pm you better believe she expects you there at 2pm. The flip side of the coin is that If you’re taking her on a date or social function gentlemen, be prepared to wait..and wait….and wait…it takes time to look that beautiful. Confuse yet? Get used to it…

Many of these women on top find it hard to get husbands or boyfriends. They say most men are intimidated by their success, their money and their power.  The only men who can handle them are the ones who make more money, most of whom are married. So what to do? The options are few and far between-either have an affair with a successful married man and stay commitment free, or get a young stud who can satisfy their physical needs.

When it comes to sex, she is more empowered than ever. These power ladies are not ‘chipsed’, they are the ones doing the ‘chipsing’! They identify their target at the club, go in for the swift kill, and take him home. In the wee hours of the morning the ‘prey’ is hastily dismissed before he gets too comfortable. He has served his purpose, and depending on his performance she will decide whether to summon him back for a repeat performance another day, or discard him altogether. Next night, different victim. The roles have been reversed; the hunter-that’s men-have become the hunted. You’re just a statistic now. Sound familiar?

So are women becoming the new men?  They certainly have understood how men play the game, and perfected the craft so that they are masters at what they do. Everything a man can do, they can do equally well, sometimes better. They can be tough leaders in the corporate world, relentless, cutthroat and merciless, just like men. You want to cheat on her? She can do that better than you too, without getting caught, ever.

Men, make way for the woman on top…..