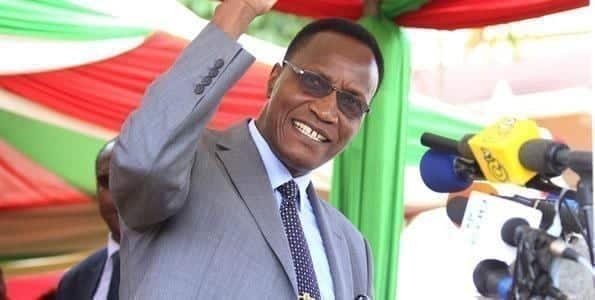 Kinoti Joy Kathure Kathure was ranked number one though she tied with Mwaura Boniface and Wachira Njomo, both from Kiambu County who also scored 430 marks out of the possible 500.

In fourth position was Muteti Kelvin Mwangangi from Machakos County with 429 marks, Kindiki Dan Muthomi was ranked fifth with the same marks while Shalom Nthenya Mulinge was number six with 428 marks.

Muriga Veronica Wairimu and Shihemi Kelvin Witila both from Nairobi County were ranked number 10 and 11 after they scored 426 marks.

In the top schools nationally, Newlight Komarock in Nairobi was ranked position one followed by Makini Ngong Road Academy while Gilgil Hills Academy from Nakuru County was third.

In fifth position was Makueni County with a mean score of 268, Busia sixth with 267, Kisumu was number seven with 264 followed by Tharaka Nithi and West Pokot counties with 263 each.

Anne Waiguru climbs a step up power ladder amid 2022 talk

Vision Sees beyond the Storms-Excerpts from “The Power of Vision”

Nairobi’s double-decker highway will be ready in four years

What We Do In The Kenya Airlift Program Shiko Hope TV Interview.