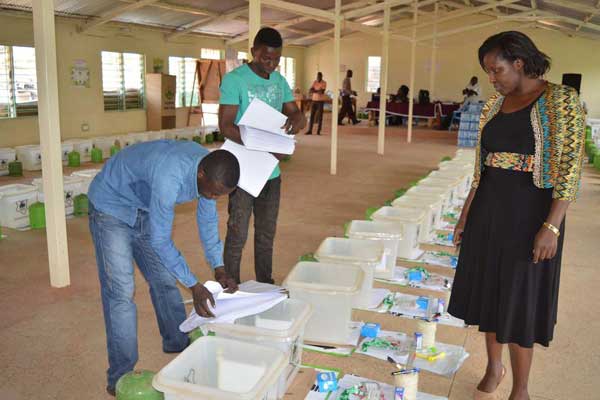 NAIROBI, Kenya, Mar 9 – The Elections Observation Group (ELOG) which was carrying out a parallel tally of the presidential results says its figures match those released by the electoral commission.

According to the report released by ELOG, their parallel tabulation showed the president-elect Uhuru Kenyatta would garner 49.7 percent of the votes cast nationally while his closest contender, Raila Odinga, would get 43.4 percent.

The ELOG chairman said they arrived at their figures using a, “nationally representative, random sample of 1,000 polling streams drawn by experienced statisticians from the official list of polling streams provided by the IEBC.”

The domestic observers say the electoral commission should make available the forms with the presidential tallies from each and every polling station across the country to erase any doubt as to the credibility of the cumulative presidential results.

“We call on the IEBC to immediately make public any information relevant and material to the results as announced. More specifically, make public the individual results from all polling streams.”

Masime also advised those who doubt the results released by the electoral commission to take their grievance to court and called on the Judiciary to resolve the disputes expeditiously.

“We urge any party or person who may feel aggrieved by the outcome of the election to seek redress through the courts of law. We call upon the courts to act expeditiously on any complaints that may be filed.”

The observers comprised Faith Based Organisations and civil society groups concluded their statement by congratulating Kenyans for turning out to vote in large numbers and encouraged them to return to their normal lives in peace.

“We congratulate Kenyans for making history by turning out in large numbers to exercise their right to vote. We want to acknowledge the peaceful manner with which Kenyans have conducted themselves and urge that peace continues to

All systems go as Nairobi hosts over 10,000 delegates for Tokyo summit