NAIROBI, Kenya, Nov 29 – Foreign Affairs Cabinet Secretary Amina Mohammed has given the Kenyan delegation to the Assembly of States Parties (ASP) at The Hague a proud pat on the back saying it achieved the goals it had set out to do.

Mohammed said through a statement that the team had scored 100 percent and that Kenya had achieved fundamental changes over how the International Criminal Court (ICC) functions.

Among the items that Kenya managed to change is the rule requiring all accused persons to be physically present at the Court.

Mohammed said that the changes take note of the constitutional duties of both President Uhuru Kenyatta and his Deputy William Ruto providing them with the option of attending their trial through a video link.

“The ICC has always argued that our President and Deputy President were merely accused persons before the court and must be treated as such. Not any more,” she said.

“The new rule acknowledges that the President and Deputy President are duly elected by the Kenyan people and have a mandate to govern, even while meeting their obligations before the Court.”

She added that the Court would not admit untested evidence during the trials of both Kenyatta and Ruto because it may undermine their defence.

Mohammed explained that the ICC Prosecutor had brought in the changes but that the Kenyan delegation had made sure that such evidence would not be brought in during the trial.

“Our view is that this new rule is fraught with difficulties and is a dangerous move that will hurt the rule of law.

When a court can admit evidence without cross-examination, then, effectively, the rights of an accused person can be prejudiced. A prosecutor may also present evidence that is fraudulent,” she said.

“This is a significant advance for us because the question of ICC intermediaries and agents coaching witnesses is still very much in the public domain.”

She at the same time revealed plans to introduce more amendments to the Rome Statute, which would see Heads of State and Government enjoy immunity.

Mohammed explained that Kenya had already given notice of a special Assembly of States Parties, which would discuss this amendment.

This meeting is expected to be held in the first quarter of next year.

Mohammed also gave special thanks to Namibia, Uganda, Tanzania, Botswana, Ghana, Nigeria, Sierra Leone and South Africa for the role that they played at the ASP.-capitalfm.co.ke 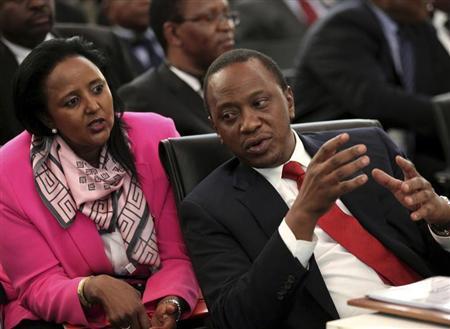 Are Satan and the Kingdom of Darkness Being Allowed To Enter Kenyan Sanctuaries? You…

Nancy Laibuni: The Only Woman In Ruto Kitchen Cabinet