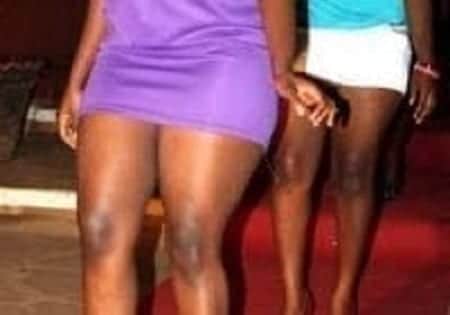 Mini-skirt Dictatorship In Uganda Is Unacceptable: It is now official. Miniskirts are illegal in the republic of Uganda. President Yoweri Museveni and a majority of members of parliament debated, passed and ratified a law that criminalized wearing of miniskirts. In my opinion, Mr. Museveni and the parliament of Uganda failed the people of Uganda. The passage and ratification of that law that subsequently banned miniskirts simply means that criminal charges will be pressed against women of Uganda if they violate it.

Yet, comprehensive definition of what a “mini-skirt” entails remained inadequate. Several questions were left unanswered: What length qualifies a skirt to be deemed as a mini? What shall become of traditional attires that at times leaves parts of the body uncovered?  I’ am not suggesting women should expose their nudity in the name of wearing miniskirts. No. I’ am a proponent of dressing modestly because modesty is beautiful.

However, blanket passage of a law that illegalized mini-skirts gave the government of Uganda and security apparatus enormous powers to interpret what a mini skirt is. Such unregulated definition will lead to victimization and harassment of Ugandan women. Kenyan women and women of the world should beware not to wear miniskirts in Uganda.

Although I’ am not a scholar of international law, it isn’t far-fetched to presume that Ugandan constitution doesn’t discriminate its people based on gender, religion and traditions which includes varied dress codes. Traditionally speaking, Africans wore just a piece of cloth/skin that left a big portion of the body uncovered. Some among the East African tribe of Masai people still use a piece of blanket to wrap around nude body.

From my vintage point; I suppose it is intolerance and hypocrisy to impose dress codes on people. People must have a right to choose what to wear and what not to wear. Some work places and religious institutions may have their own official dress codes that promote morality and decency. That’s understandable. But the government has got no right to tell people what to wear or what not to wear.

A government that establishes and enforces trivia laws against its own people which includes and are not limited to laws pertaining dress code isn’t protecting “morality.” Rather, it is enhancing dictatorship. In fact, the work of the president and lawmakers is not to enforce morality but to protect and defend the constitution upon which they swore. The rights of both good and bad people, moral and immoral people are enshrined in the constitution and must be protected-it is called individual liberty.

With staggering issues of unemployment, poverty, dilapidated infrastructure, corruption, disease, lack of medicine in hospitals and insecurity; president Museveni and the lawmakers of Uganda have got a full tray of fundamental issues they need to work on to transform the lives of the people of Uganda. Investing enormous work and energy to ban miniskirts is at least mediocre and at best unconstitutional.

President Museveni and the like minded presidents and lawmakers are the ones who have arrested African development. They ridiculously hide behind “African values” when it furthers their narrow agenda. But the real reason behind is to unleash dictatorship on people. By and large, to criminalize a miniskirt is an act of dictatorship and abuse of people’s civil liberties.

By Jacktone Ambuka-a Kenyan residing at Philadelphia, USA. You can reach me by email [email protected]