Donation from Japanese pharmaceutical firm will allow 1,200 women to have life-transforming surgery to cure incontinence

A $2m (£1.2m) donation will help Kenyan surgeons give more than 1,000 women life-transforming surgery to cure incontinence caused by fistula and will train more specialists to perform the operation.

Two million women worldwide live with fistula, a devastating childbirth injury caused by prolonged labour without access to caesarian section. Tissue dies due to pressure from the baby’s head and a hole forms through which urine or faeces leak.

Between 3,000 and 7,000 Kenyan women develop fistula each year, according to surgeon Hillary Mabeya, and only 666 received treatment in 2011, according to the Global Fistula Map. Kenya has a backlog estimated at somewhere between 30,000 and 300,000 cases, according to Human Rights Watch.

“This is the largest donation ever provided by any organisation or individual in the history of fistula,” said Kate Grant, chief executive officer of the Fistula Foundation, the recipient of the $2m grant from Astellas, a Japanese pharmaceutical company. “We’re thrilled with this partnership with Astellas and its potential to be a ‘game changer’ for fistula treatment. We hope to make Kenya, and what we are doing here, a model that we can take to other places.”

Until now, donations have tended to focus on providing money to hospitals to perform free surgery, as women who develop fistula are usually very poor.

This project aims to dig deeper. In addition to providing 1,200 women with fistula treatment over the next three years, it will set up a training centre for surgeons in Kenya and create a referral network to ensure patients with serious injuries receive the best care. Some women have multiple operations but remain incontinent because their cases are complex and surgeons are inexperienced.

“The purpose for us was supporting a programme that was really sustainable,” Astellas’s president, Ken Jones, said. “The bottleneck really is the capacity of the surgeons in Kenya.”

There are 13 centres offering fistula surgery in Kenya, but most do not have a dedicated surgeon permanently onsite. Instead, visiting surgeons perform “camps” where they operate on as many patients as possible over several days.

There are only three internationally recognised fistula surgeons in Kenya, plus seven to 10 surgeons who have been trained to perform simple operations, Mabeya said.

Patients with several holes, or who have had most of their bladder destroyed, require lengthy operations by experienced specialists to become dry again.

“We want to have at least three more expert surgeons,” Grant said. “In addition, we are going to be bringing people up a learning curve so that we will have more surgeons with at least modest degrees of training.”

Mabeya has performed more than 1,000 operations on women and girls aged between one and 94 at Gynocare in Eldoret, 300km north-west of the capital, Nairobi. A recent high-profile case was that of Liz, 16, who was gang-raped and thrown in a pit latrine.

“My prayer is that we are going to help these women who have suffered for so many years,” he said. “Stigma from fistula is worse than stigma from HIV.”

Women with fistula often become outcasts. Some are thrown out of their home by their husbands, believing that their condition is untreatable. The majority suffer depression.

Sarah Omega Kennedy lived with fistula for 12 years after being in labour for almost 40 hours before her dead baby was delivered by caesarean section.

“I was discharged with the hopeless message that only a doctor from abroad could correct my condition,” she said. “I wished I could have died during childbirth rather than live with that condition.”

She only found out that surgery was possible when she was hospitalised for depression. She is now the outreach manager for a charity called One by One, and goes door-to-door telling women about fistula surgery.

“For me this is a dream come true,” she said. “Women shouldn’t keep suffering when the help they need is available.” 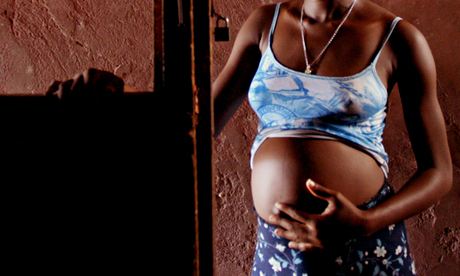