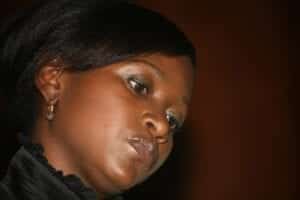 Esther Arunga and her husband Quincy Timberlake are under investigation by Australian authorities after the mysterious death of their 3 year old son.

According to a TV news report from Australia’s channel 7 news, the 3 year old boy was said to be playing with his two year old sibling when he fell down the stairs. His parents thought that the injuries were not so serious and so they just gave the poor boy panadol and put him to bed.

Things took a woeful twist as the boy’s condition worsened prompting Esther and Quincy to call the medics. The boy however sadly succumbed to the injuries while being attended to by medics.
Esther and Quincy have both been taken in for questioning by the Australian police. nairobiwire.com