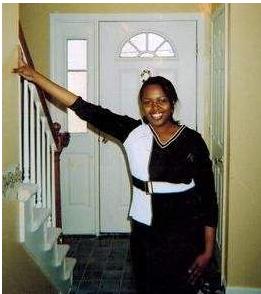 FALL RIVER — It’s been more than two months since Jennifer Mbugua disappeared.
The 31-year-old woman, who turns 32 this week and had been living in Fall River for more than a year, was last seen in late May.

On May 28, her car, a gray Toyota Camry, was found abandoned and parked at a Shell Gas Station in North Attleboro. One shoe and a set of keys were found around a Dumpster nearby.
“We still haven’t found her,” said Lisa Mbugua, Jennifer’s oldest sister. But she and other family members are hopeful she is still alive and will be found.

“We’re actually pretty optimistic. We keep feeling she’s alive somewhere,” she said. “We just don’t know where she is.”

She said some family members believe Jennifer may have been abducted.
That’s because “she’s not the kind of person we think would have gone up and left,” Lisa Mbugua said. “She didn’t take anything. Not even a driver’s license; not even a wallet. Everything was left physically intact in her apartment.”

“We really had no leads,” Lisa Mgubua said.
“My mom keeps saying she feels like somebody kidnapped her. She’s very quiet, very reserved and she’s a single woman. We just feel she’s somewhere.”
“We’re hopeful she is alive,” said her second-oldest sister, Beatrice Mbugua, who lives Springfield. “I don’t feel like she may have access to communication.”

The family has conducted its own searches as well. In June, the family organized a vigil followed by a search at Kennedy Park, near Jennifer’s apartment on South Main Street. They’ve set up a Facebook page called “Bring Jennifer Mbugua Home” and have passed out fliers with her photo.
On Saturday, a day after her birthday, the family will hold another vigil at Kennedy Park at 3 p.m.
“It is frustrating,” Lisa Mbugua said.

Kabarak, Alliance at top of the table as exams results released

Unfair:Kenyan Women Not In The List Of Most Beautiful African Women-Photos

TRUE FASTING CAN BE DONE DAILY