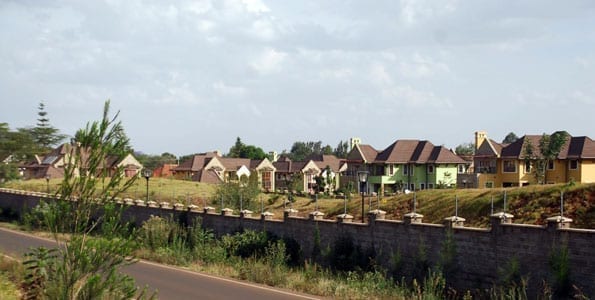 Of all the tasks that make up daily life, I particularly hate shining my shoes. This generally leads to two outcomes: I’m often guilty of wearing smart suits with scuffed shoes. Importantly for Nairobi’s economy is the second outcome — the shoeshiners around Nation Centre tend to have a very loyal customer.

I get two benefits out of this: I get a nice, gleaming pair of shoes, and I tend to overhear some very interesting conversations.

Take the other week, for instance. As I was getting my shoes polished, the shoeshiner was multitasking — on the one hand busy with brushes and soft cloths; on the other having a rapid-fire conversation with a friend of his. The content of the conversation was what was striking.

The two gents discussed the acquisition of a building in downtown Nairobi for the princely sum of “three-fifte” (presumably Sh350 million). The discussion went on at length (which led to my hope that the shoeshiner would be uncharacteristically slow that day).

From the conversation, it emerged that the two men were third tier agents of some sort — at the periphery of the property industry — but the conversation was eye-opening all the same.

It is said that one sure sign of the impending stock market crash in 1920s America was when paper boys and (you guessed it) shoeshiners began avidly discussing stock tips with their customers.

Before the 2008 crash, again, the canary in the coalmine was when everyone was a day trader (or at least entertained themselves by watching day traders on financial news channels). Kenyan shoeshiners discussing hundreds of millions of shillings in property investment may soon be written about in business books as the sign of a frothy time.

There is no doubt in my mind whatsoever that the Kenyan — and especially Nairobi — property market is caught in the throes of a seriously overvalued market. Professionals in the industry, being interested parties, often disagree, but the property market long ago broke the laws of financial physics and took off into the stratosphere.

One-acre plots changing hands at hundreds of millions of shillings. Properties doubling in price in 18 months. Three-bedroom apartments with no amenities to speak of selling at prices in excess of Sh20 million.

The sign of the times for me was a few months ago, when I saw a listing in the newspaper for land sale in Lavington, Nairobi, of around Sh125 million an acre. This is more expensive than beachfront land in Greenwich, Connecticut (an online listing last week had a 5.6 acre property there selling at the equivalent of around Sh55 million an acre).

Why is Greenwich significant? It is the bedroom community for New York City, and also headquarters of many of America’s hedge funds. This is a town which is called home by the famed “Masters of the Universe” of the financial industry – people whose wealth is measured in the billions of dollars.

And that property in Lavington? In the face of properties valued upwards of half a billion shillings, that price now seems quaint.

The arguments about demand and supply may be half-valid, but they long ago ceased making any sort of sense. Speculators of all kinds now seem to be on the loose, and the result is a housing market that has priced itself out of reach of the middle class.

Therefore, if one was to finance it through a mortgage (with a 10 per cent down payment, 15-year period, and at 10.9 per cent, currently the best rate on the market), one would be forking out Sh194,000 per month in mortgage payments to the bank.

Take the interest rate to 15 per cent, and the payments balloon to Sh252,000 a month. A quarter of a million shillings. Every month. For 15 years. I’ll let that sink in for a moment or two.

What this means is that mortgages are inaccessible except to the very few, and the old buy-to-rent model is no longer a financially viable one in this day and age. Young people trying to get onto the property ladder are left to gaze wistfully at the property pages in newspapers and websites, and a crucial element in building a Kenyan middle class is now impossible.

Buy land in Kitengela!, I hear some of you shout. Well, that’s now on the market for more than Sh2 million an acre, often in places where there is no all-weather road, and few services such as water, electricity and sewer lines.

It is getting to the point where Namanga, on the Tanzanian border, will become Nairobi’s new bedroom community. It’s bordering on the criminal. Regulators, county authorities and the central government are all at fault.

Developers build willy-nilly, charge whatever they desire, and are rarely on the hook for deceptive advertising (the definition of Karen in Nairobi is now on the slopes of the Ngong’ Hills).

What can be done?

That’s a lengthy discussion for another column. For now, however, if you’re looking to get onto the first rung of the property ladder, you’re out of luck. Or you can just speak to your friendly, humble shoeshiner.