HILARIOUS : NOW MACHANGI HAS A WHITE WOMAN AS A THIRD WIFE.

The government has been asked to investigate the disappearance of Kikuyu language comedian Geoffrey Mwangi, professionally known as Kianangi, who went missing five years ago.

The 40-year-old Riverwood comedian left his Kasarani rental home in Nairobi on September 21, 2017, at around 10.30am, ostensibly to visit his ailing mother, whom he told his wife had called asking for him.

Mwangi’s fame peaked in the Mt Kenya audience owing to his hilarious partnership with his co-actor Macang’i (Ephantus Mbuthia). They had kept the region tickled through dramatised productions since 2003.

A missing person’s report was first made at the Ruiru police station on the night of September 21, 2017, and later at Kasarani Police Station.

Family and friends indicate that they have searched for him in police stations, hospitals, jails and mortuaries in Kiambu, Embu, Kirinyaga, Nairobi, Murang’a, Machakos and Kajiado counties to no avail.

Rumour had it that he had crossed over to Somalia and was recruited into a radical religious fellowship.

It is not immediately established whether Mwangi was keeping in touch with his brother, thus attracting the attention of the security officers or whether he had anything to do with his brother’s disappearance.

In his report, the then Ruiru Division Criminal Investigations Officer Matthew Bett stated that data on Mwangi’s phone indicate that it was switched off at the place where the vehicle was found abandoned. 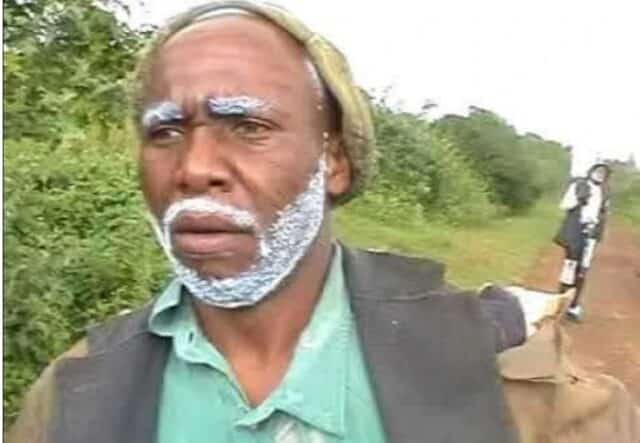 Machangi who is celebrated as one of the pioneers of Kikuyu Comedy once worked at Kameme FM on an evening show called Humuka (relax) with veteran radio queen PM Squared.

Machangi has maintained a low profile, not releasing comedy films and also no being active on social media.

Before leaving Kameme, Machangi was a family man and possibly he is now focusing more on personal growth and his family.

Machangi and Peninah shared a great bond that saw them remain relevant for close to 10 years.

His comedy films and how witty he was saw him get known by every house hold in the Mt. Kenya Region earning him accorades and being celebrated.

Content created and supplied by: Murang’a-Newspaper (via Opera News )

Kenyan Diaspora dismiss a group claiming to speak on their behalf