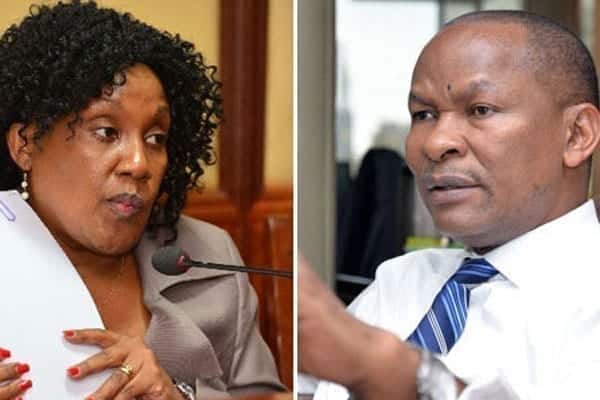 Their suspension comes a day after Parliament adopted a report by the Justice and Legal affairs committee which recommended that the two be removed from office.

State House Spokesperson Manoah Esipisu said the two are suspended from undertaking all functions and duties of those offices with immediate effect pending the outcome of the tribunal as per the law.

“This process in no way hinders the work of the organization which remains constitutionally established and operational,” said Mr Esipisu.

It is unclear how EACC will conduct its operations following President Uhuru’s decision.

Their removal follows a petition to parliament by Oriaro Geoffrey dated March 12, 2015, calling for the removal from office of the chairperson and vice chairperson.

A third commissioner, Dr Jane Onsongo, resigned last month following claims that she had been promised an ambassadorial posting if she stepped down.

This week, Parliament discussed and approved the petition saying it discloses sufficient grounds for their removal.

Mr Matemu becomes the fourth anti-graft czar to be bundled out of offices after his predecessors: Harun Mwau, Justice Aaron Ringera and lawyer PLO Lumumba suffered the same fate.