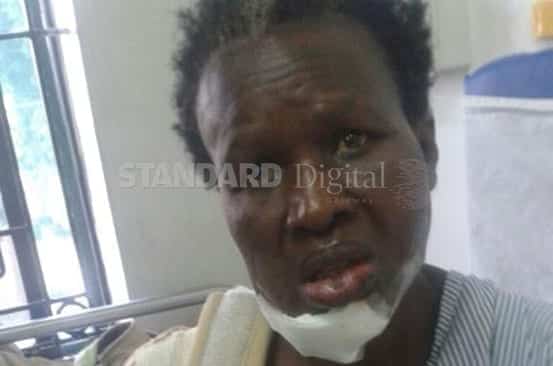 After The Nairobian published a story on the predicament of Daniel Owira’s mother, who had been detained in Nairobi West Hospital due to an accrued bill, the presidency has cleared the bill.

Owira famously known as Otonglo earned a place in the First family as an adopted son through his poem Otonglo Time.

“We are really grateful to the presidency for helping us clear mum’s hospital bill,” Suzzane Owira, the family representative said.

Mama Owira could not hide her joy:”I am so happy. I want to thank the President for clearing the bill. Though I was reluctant to contact him because he is already paying my son’s fees, he acted immediately I contacted him.”

“I am humbled. I thank God for his kind heart,” she said.

She is back to her house and plans to continue with her fish business.

‘President’s Son’ Otonglo: “People Think I Have A Lot of…