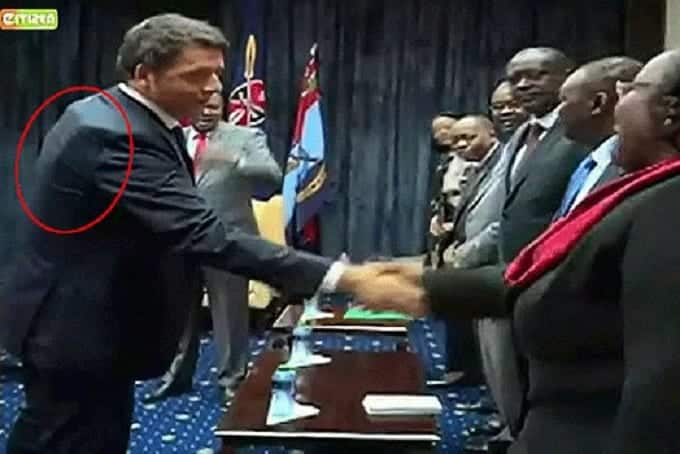 President Kenyatta could have suffered the ultimate embarrassment following reports that the PM went to State House wearing a bullet proof vest.

A picture doing rounds on social media shows what looks like corner-shaped outfit underneath the PM’s slim fit Italiain suit.

The PM later showed up at the University of Nairobi for a public lecture where he is also seen with the same outfit.

The Nairobi News could not independently authenticate if the PM wore the bullet proof vest to State House, a place that is presumed to be the most protected in Kenya.

Both State House and the Italian embassy were unavailable for comments.