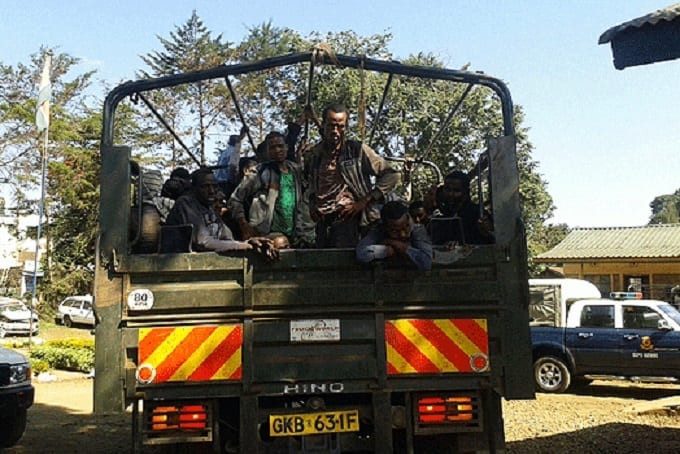 The lorry is said to have ferried the immigrants from the Ethiopian border though Moyale and Meru counties using off-road routes.

A Kenyan man, who acted as a guide to the Ethiopians, is the one who reportedly gave directions to the driver, showing which route to follow to avoid being detected.

The Ethiopian immigrants looked exhausted after being on the road for three days. All those arrested were men.

There has been an influx of Ethiopian immigrants  in the country, majority of them enroute to South Africa.

Dennis Itumbi – Uhuru Did Not Give Me a Posh House