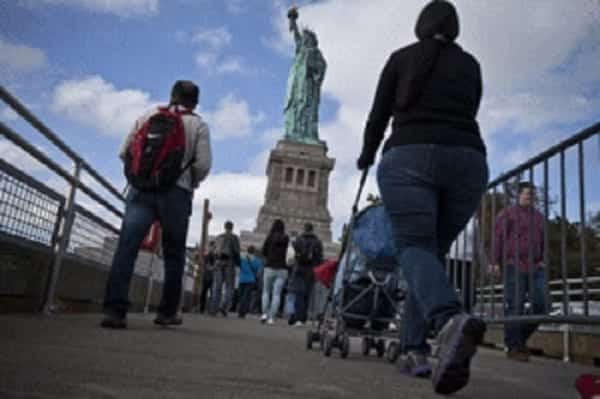 Any Kenyan who has travelled abroad has encountered annoying questions from the curious locals wherever place they are visiting.

While some questions are usually hilarious (read dumb), others and plain annoying. Here are some of the most annoying questions.

1. Do you know XY estate in Lagos?

This is one question that exposes the person asking it as both ignorant and aloof. In short, such people think Africa is one tiny country.

Some will ask a Kenyan if he knows Mandela’s village. The best answer to this question is “yeah, I’m actually Mandela. Do you want an autograph?”

Some people abroad think that every African –not just Kenyan- is an athlete. You are at the airport and the immigration officer, after checking your passport, discovers that you can run a marathon.

You people, Africa has many countries and it’s only Kenya that is a hotbed of metals as we have just confirmed. Still, not every Kenyan is an athlete. Got it?

3. What kind of clothes do you put on?

Some people do not believe that Africans put on clothes. They think we cover our nakedness with some kind of animal skin. It’s 21st century people!

4. How do you speak such good English?

This is annoying, isn’t it? Just so you know, English is taught in many African countries and is also a national language to majority of them. That’s how we speak such good English.

5. You live with animals?

That Africa is a hotbed of wildlife doesn’t mean that humans live with them in the same roof. The best answer to this question could be “yeah, we live together and they help with the chores.” This question could also be framed as “do your parents live in caves/trees?”

6. You mean Africa has roads and tapped water?

Who asks such a question? Africa has super highways and clean water flowing out of taps on most homesteads. Oh, we also have electricity, Wi-Fi, pay-TV (which by the way most westerners don’t have) and top-of-the-range cars, etc. DWI!

8. So there is internet in Africa, really?

When whites see an African on Skype with a person in Africa, they just cannot believe that there is fast internet in Africa. Well.

Many assume that Kenya is a hotbed of terror and crime. So, the assumption is that your parents could get killed while you’re abroad. Thank you CNN.

I mean, there are no airports leave alone aeroplanes in Kenya. So how the hell did you get here? Seriously. “I swam across the Indian and Pacific oceans,” is not such a bad answer.

Ever been asked an irritating question while abroad? Share your question with the readers in the comment section below.