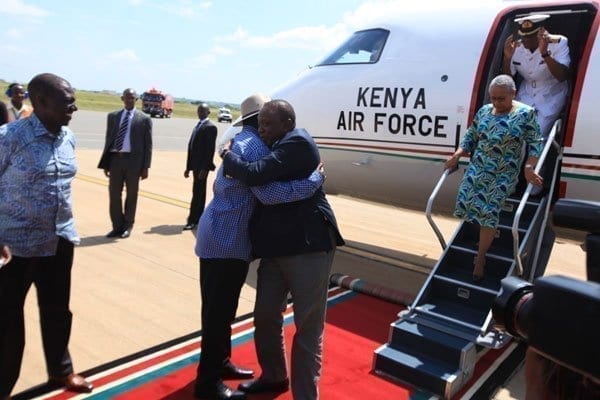 Yes Uhuru has made more foreign trips than Kibaki did in 10 years but it looks like he learnt the game from the previous Coalition  government of Raila and Kibaki. Above is a video of Raila defending foreign trips in Aug 1, 2012.

He  revealed then that 37 of the 41 ministries had spent over a billion shillings between 2008 and 2011 on air tickets alone. Speaker of the national assembly was however dissatisfied with the PM’s break-down of costs and gave him two weeks to table a more comprehensive report. This happened as questions emerged over a team of more than nine ministers and several government officials that was in London for the Olympic games and trade fair.

HOW DONALD TRUMP FIRED 14 EMPLOYEES BECAUSE OF THEIR KENYAN DESCENT.

VIDEO OF HOSPITAL RAPE AMONG MOST WATCHED ON YOUTUBE IN 2015