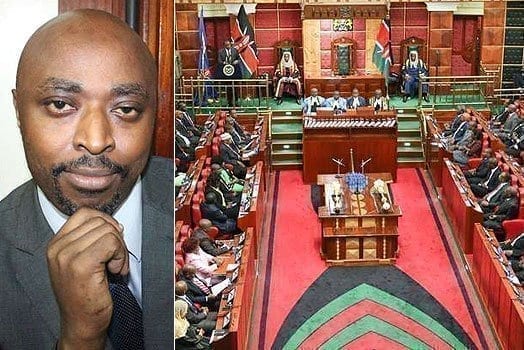 A self-proclaimed gynecologist accused of sedating and raping a patient has declared interest to run for a parliamentary seat in Nairobi.

James Mugo Ndichu, alias Mugo wa Wairimu, announced on Tuesday that he would vie for the Roysambu parliamentary seat in the 2017 elections. The seat is currently held by MP Waihenya Ndirangu.

Mr Mugo was arrested in September last year after a sensational video clip showing a man sexually abusing a sedated woman in a hospital bed at the Prestige Health Care clinic in Githurai 44 emerged.

The video sparked widespread condemnation and outrage when it was first aired by Citizen TV.

He has since been charged with rape and multiple counts of operating unlicensed clinics and practicing without authority.

He denied all the charges and was released on a sh1 million cash bail.

On Tuesday, he posted a statement on his Facebook page claiming he will vie for the Roysambu seat as a result of “pressure from those who believe in his ability to lead.”

“It is official that I will vie for the Roysambu parliamentary seat in the general election of 2017. I will begin house-to-house campaigns to sell my policy to residents,” he stated in the post.

His statement provoked a heated debate, with most people criticizing him for being insensitive to the victims of the allaged rape case against him.

However, Mr Mugo defended himself by insisting that he is exercising his constitutional right, and as such no one can stop him.

“This is not my decision, but a desire by people who have faith in me. Given this pressure, I will not hesitate to join the race. I do not want to disappoint them, “he said.