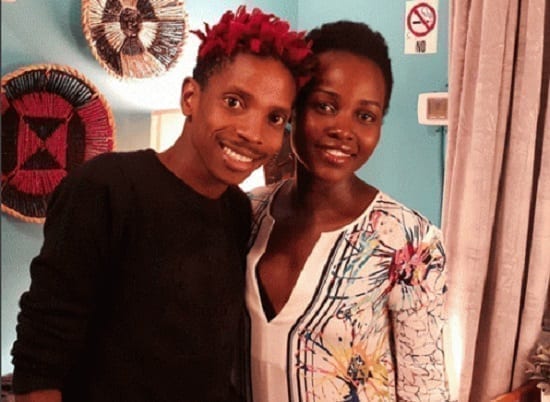 Omondi, who once brought a Lupita look-alike to one of his comedy shows, shared the moment on Instagram captioning it:

“With my home girl @lupitanyongo Thank you dear for hosting me and for your encouraging words, always. #AboutLastNight #ValidDreams #EricOmondiWorldTour.”

Lupita was once brought to her feet by the comedian during her 2015 homecoming as he emceed the event at the actresses rural home in Seme, Kisumu County.

How Eric Omondi Transformed his Body to look like a Body…

The Big Elephant In The Room: Immigration Papers-Is It Really That Hard To Get Them…

Me I Don’t Want Anything To Do With Kenyans

Parliament can give Raila,Kalonzo benefits but they have to retire from politics