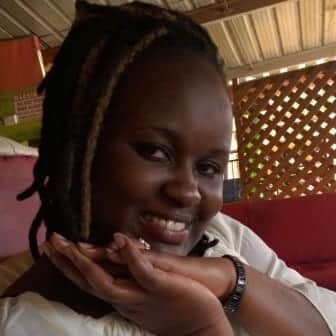 – Actress Nancy Sirengo passed away on Monday, June 6, while undergoing a Cesarean Section to deliver her first baby in a hospital in Eldoret

– The child survived and is well

– She will be interred on Saturday, June 11, at her home in Sikhendu village

A popular actress lost her life on Monday, June 6, while giving birth to her first born child at a hospital in Eldoret.

Kenyan born US actress Christine Wawira opens up on…

Nancy Sirengo was undergoing a Cesarean Section for her first child but succumbed in the theatre. The new born baby is well.

Family spokesman John Khaemba announced the passing on of the 31-year-old actress.

“When you think you are reaching your prime age you never know what’s in store for you before the lights go off,” Khaemba said as quoted by Standard.

Nancy is daughter to Sirengo Khaemba, the executive secretary of the Kenya National Schools, Colleges and Universities Drama Festival (KNSCUDF).

Speaking of his daughter, Khaemba lauded her saying she was a great source of inspiration to her siblings and had devoted to contribute to society immensely.

“We lost a hardworking daughter who had good ideas about of helping her siblings and contributing to the growth of society. She took to her father in the arts and was talented in acting, winning the best actress one time while acting with USIU,” Khaemba mourned his daughter.

Others who mourned the deceased are Kakamega county Deputy Speaker Cleophas Malala and Kenyatta University lecturer and playwright Emannuel Shikuku.

Malala, a renowned playwright and director said he has lost a great classmate and fellow thespian.

“I have lost my dependable classmate. We were co-founders of the USIU Michezo Africa Drama Club. Nancy rest in peace,’’ he said.

On his part, Shikuku noted that Nancy had died the time she was needed most and when she was on the peak of her career.

Until her death, Nancy was working as an Unilever assistant business development manager, North Rift, where she had been promoted a week early.

She will be remembered for the great work she did in the schools and colleges drama festival as a talent since her school days at Arap Moi Girls’ Shibuye School.

She was also among the pioneers of the great drama movement at United States International University (USIU).

She is particularly remembered for the role she played in the play Blood Vendetta by Cleophas Malala where she acted as Sanaipei, a young Maasai girl exploited by a white settler, flown abroad, educated and returned to help her community.

Her body leaves the Moi Teaching and Referral Hospital on Thursday, June 9, and the burial will be on Saturday, June 11, at her Sikhendu village.

8 photos that prove Kenya has been missing a First Lady