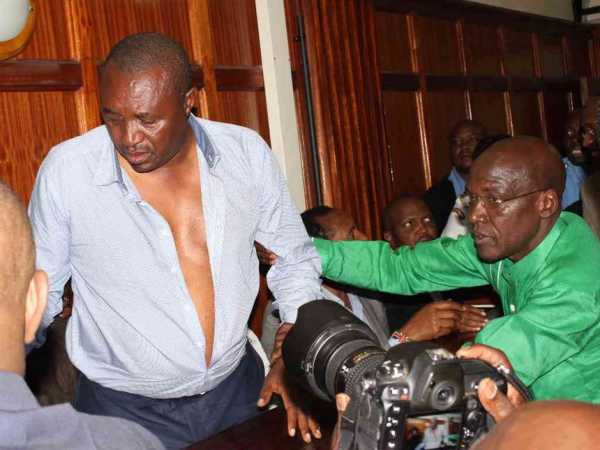 Bahati MP Kimani Ngunjiri left the dock during a hate speech hearing on Friday shortly after the court was informed that he was unwell.

The Milimani court sought help for the MP but he nearly fainted while in the dock before taking his plea on incitement charges.

He came to but was allowed to step out in an unbuttoned shirt for fresh air, before returning to take his plea.

Ngunjiri was accused of calling for the removal of Luos from Nakuru after a visit by Cord leader Raila Odinga.

CORD, Jubilee lawmakers ‘have it rough in police cells’

This loosely translates to “They carried out demonstrations and burned houses belonging to Kikuyus and neighbours… If it is so, the Luo community should leave this area. Let them leave.. they have destroyed our property.”

He denied the charges.

Ngunjiri’s lawyer Cliff Ombeta said his client was unwell because of the “pretrial punishment” he was subjected to.

Ombeta, who is representing Ngunjiri alongside lawyer Migosi Ogamba, asked the court to allow his client to be taken to hospital .

Regarding his release, he said: “The prosecution has not shown any affidavit that the accused should not be bailed. I therefore plead with this court to grant my client bail on reasonable terms.”

Ombeta further said his client’s position as an MP meant he cannot be a flight risk.

He also said the prosecution did not show Ngunjiri could interfere with investigations and that as such, it would therefore be unfair to extend his detention.

He asked the prosecution to present material that proves the accused will interfere with witnesses.

The lawyer also told the court Njungiri’s utterances cannot be proven to be hateful until the case goes to full hearing.

“People have committed serious crimes in this country including murder but they are entitled a bail,” he added, and asked the court to prevent the erosion of his client’s integrity.

State lawyer Maingi agreed to Ngunjiri’s treatment but opposed the MP’s release on bail saying it is likely he will repeat the offences.

He added that bail is neither automatic not about dignity, but a right that can be taken away when reasons are presented. 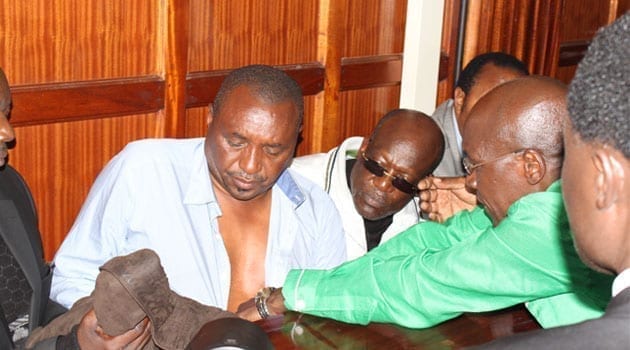