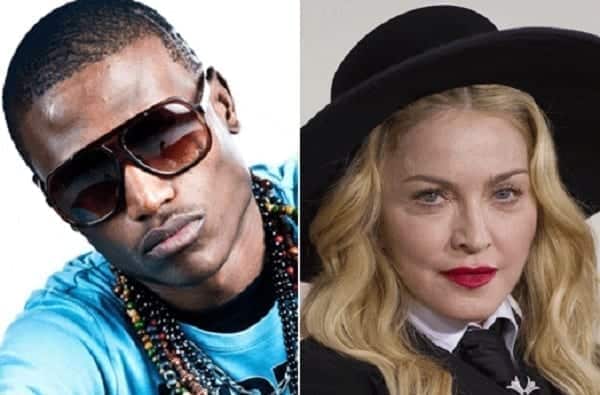 Madonna, who has been in the country since Sunday, toured Kibera and posted a grim picture on her Instargram page of raw sewer water on a garbage-littered trench with the caption:

“Imagine this is where your water comes from! @shofco is working to change this in Kibera, Africa’s largest slum,” wrote Madonna.

The post drew criticism from Kenyans online who accused non-governmental organisations such as Shofco of selling the wrong narrative just to obtain donor funds.

Octopizzo, who was born and bred in Kibera, also added his voice telling NGOs to seek their funds without dehumanising people.

I was rejected: Octopizzo’s moving journey to the University…

The also sought to offer the queen of pop some “schooling” in a lengthy post that read:

The hip hop artiste went on to attach a documentary highlighting his new water project in the slum that has improved water supply.

Through the new water project, Kibera residents are accessing 20litres of clean piped water at 50cents down from the private vendor’s rates at Sh5.

Efforts by Nairobi News to contact Shofco’s CEO Kennedy Odede for a comment on the accusation yielded an email response that read:

“I have seen your request and we have no comment to make. However, we would like to invite you, and we also invite Octipizzo to visit SHOFCO and to come and see for yourself the challenges that people face so that you can write a more balanced and informed story.”