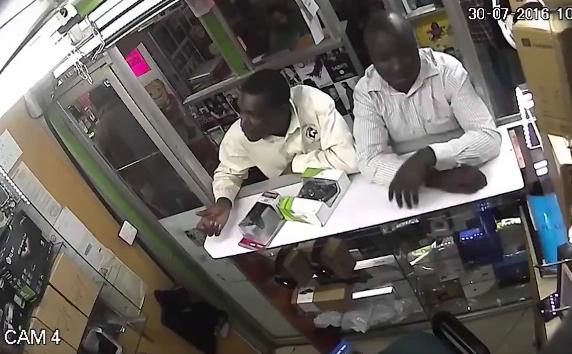 Two daring thugs caught on CCTV less than two weeks ago stealing from a shop attendant in Nairobi, have been caught in the act once again.

The two were first seen on 30th of July 2016 posing as customers at a phone’s repair and electronics shop. They managed to steal an attendant’s smartphone after she turned around to pick phone cases.

In another heist, the two applied the same tactic of distracting an attendant at a movie shop and made away with some goods.

Social media users are now calling on the police to apprehend the thugs.

Watch the videos below:

Video:Muslim MP’s Meet Members Of The Somali Community In Eastleigh