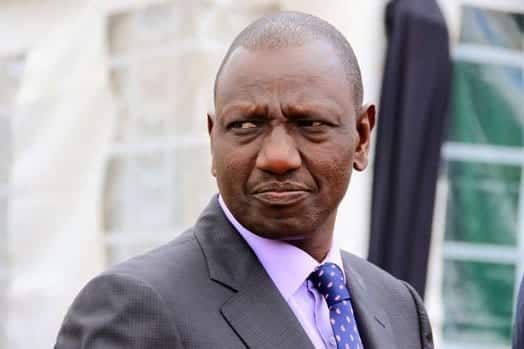 Njuri Ncheke elders are to curse anyone who disrupts Deputy President William Ruto’s meetings in Meru on Saturday.

The threat came after unknown people pulled down a banner announcing a fundraiser to be presided by Mr Ruto, hosted by Igembe Central MP Kubai Iringo. The banner at Kangeta was removed on Tuesday night.

Mr Iringo said he was informed the banner was destroyed and termed the perpetrators enemies of development.

Igembe Central Njuri Ncheke chairman Salesio M’Ngecho raised concern over what he termed ‘a new trend of hooliganism’ in the area.

“We are yet to establish who pulled down the banner but we are looking for them. Njuri Ncheke elders have traditional ways of smoking out suspects. No one should attempt to disturb the peace that Meru people enjoy,” Mr M’Ngecho said.

He blamed the rise of goons on politicians who buy alcohol for the youths to silence their opponents.

The elder said they were ready to deal with anyone by performing traditional spells.

This comes even after 10 supporters of Meru governor Peter Munya alleged harassment by the authorities ahead of Mr Ruto’s visit.

The supporters said they were summoned by Igembe South Deputy County Commissioner James Kosgey on Wednesday.

Mr Ruto is expected in Meru on Saturday after the meetings were postponed from Friday due to a busy schedule.

Meru Woman Representative Florence Kajuju said they had to move the programme because the Deputy President is to attend functions in Laikipia and Isiolo counties.

Mr Iringo said the deputy president will help raise funds for the Igembe Central Education Trust Fund which is meant to support bright and needy students.

“We have been postponing this fundraiser for the last one and half years because of the DP’s busy schedule. The fund has been necessitated by the overwhelming cases of bright and needy students who cannot be supported by CDF,” Mr Iringo said.

Tension has been high between Mr Ruto and Mr Munya’s supporters over the meetings. The two are both eyeing the presidency in 2022.

Mr Munya has questioned Mr Ruto’s frequent visits to Meru and accuses him of using Senator Kiraitu Murungi, Mr Linturi and Ms Kajuju to fight him.

The trio have launched a vicious campaign to dislodge Mr Munya in 2017 polls. Mr Murungi is to vie for the Meru gubernatorial seat.

Mr Ruto’s visit also comes at a time when opinion in Meru is divided over the recent ban of miraa export to Somalia which has since been lifted.

Mr Ruto is to start his tour in Isiolo before heading to Laikipia and Meru counties.