– Among those present were Raila himself, his wife Ida and Wiper leader Kalonzo Musyoka Raila Odinga and his Orange Democratic Movement (ODM) held a dinner party at the Laico Regency Hotel in Nairobi on the night of Friday, September 2.

Raila Odinga arrives at Laico Regency for the party.

The party was a celebration of 10 years since the formation of the ODM party, an everyone attending was required to part with at least KSh6,000 for the dinner.

Photos surfacing from the dinner party now show a full house of members and popular politicians enjoying every bit of it.

Among those present were Raila Odinga himself, his wife Mama Ida, Wiper leader and CORD co-principal Kalonzo Musyoka, ODM chairman John Mbadi, MPs Opiyo Wandayi, Gladys Wanga and a host of many others.

Raila and Kalonzo were in their usual suits with the former’s tie a mixture of Orange and blue colours, a symbol of the ODM.

Raila, Kalonzo and Ida on the same table for the dinner. However, Senator Moses Wetangula, the third CORD co-principal, was conspicuously missing from the event, fuelling speculation on whether he is planning to ditch the coalition. 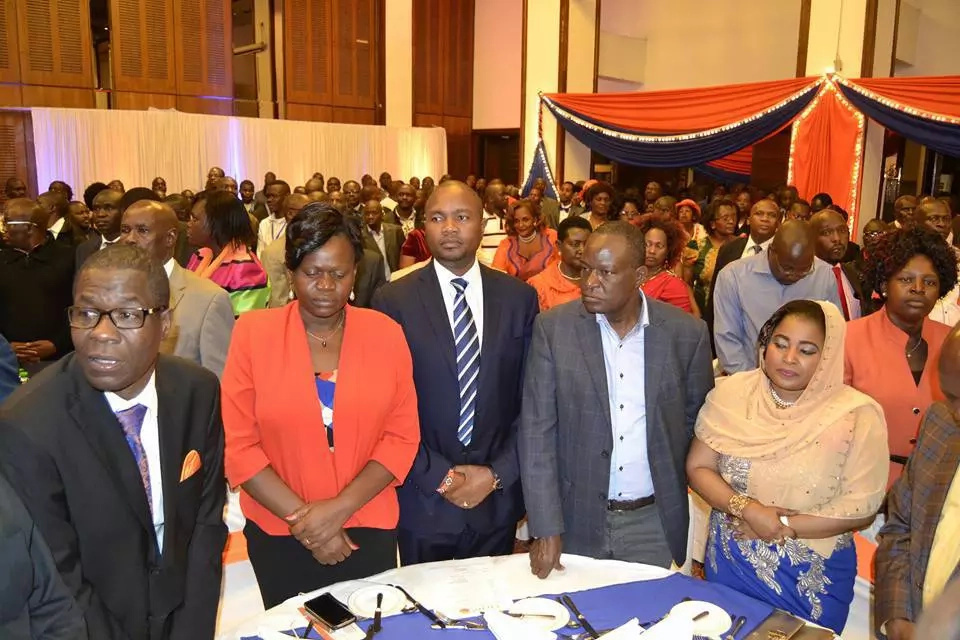 The house was packed.

He took the opportunity to sell his policies as he seeks to get the CORD flag bearer ticket.

Wetangula has been telling Raila to shelve his presidential ambitions and back someone else.

There were beauties too in the house.