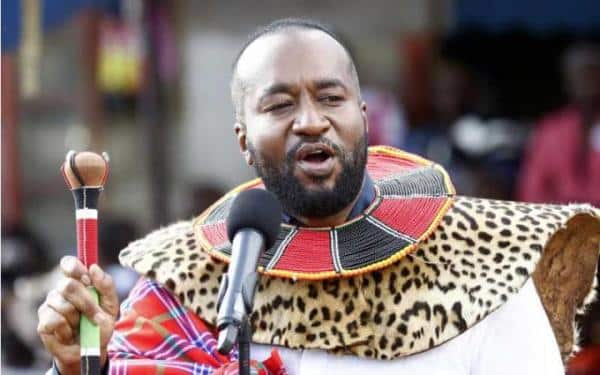 Allies of Opposition Leader Raila Odinga now claim they have express instructions from him to oppose the presidential ambitions of Deputy President William Ruto.

Led by ODM Deputy Leader and Mombasa Governor Ali Hassan Joho, the leaders argue that Dr Ruto lacks sufficient integrity to lead the country.Joho says on instructions of Mr Odinga, he will do everything within his means to ensure Ruto does not win 2022 presidential election.“If Raila says we go right we shall all go right and if he says we go left we have all to go left. He (Raila) has told us to support Uhuru and oppose Ruto’s presidential bid that is exactly what we are doing,” Joho told Butala residents, Busia County.

He added, “I am extremely against the presidential bid of Ruto, this country cannot be led by someone like Ruto because of his bad integrity.”DevelopmentThe Mombasa governor lauded the elevation of Cabinet Secretary for Interior and Coordination Fred Matiang’i. According to Joho, the appointment of Matiang’i to oversee government programmes will help every region to get development.He said DP Ruto was only moving to regions where some politicians are friendly to him to launch projects and deny those areas that are hostile to him.“I am ready to welcome Matiang’i whenever he comes to Mombasa to oversee projects because he is not interested in politics but advancing development agenda of the Uhuru’s government,” said Joho.

The ODM Deputy Party Leader told residents of Busia to prepare for the referendum and noted that he would like to see Ruto oppose it so that he can be defeated.“There is a strong team that is ready to campaign for the change of the constitution and I am telling Ruto to dare oppose the referendum, we shall put him where he belongs,” said Joho.Joho who has had a frosty relation with Ruto said he can account for everything he has but claimed the latter can’t.Expelled MPsODM Secretary General Edwin Sifuna said the party will not reverse decision to expel MPs Aisha Jumwa (Malindi) and Suleiman Dori (Msambweni).

Jumwa and Dori had pledged their allegiance to Ruto and supported his 2022 presidential bid. This did not go well with the party that sponsored them to parliament in the 2017 General Election leading to disciplinary measure against the two.“Blasphemy against Orange Democratic Movement is unforgivable, those who go against the constitution of the party will be punished and as a party we are ready for the by-elections in Malindi and Msambweni,” said Sifuna.Kwale Senator Isaa Juma Boyi backed the stance ODM has taken to expel the two renegades. The senator said Kwale was solidly behind Odinga and supported Uhuru’s government.“Their time in ODM is over they should therefore be ready to face the electorate and we shall if they will make it again. The two MPs have abused Raila in public,” said Juma.