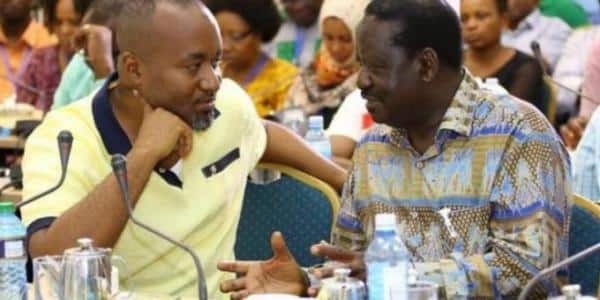 Opposition leader Raila Odinga will on Saturday leadODM members and supporters for what has been billed to be the mother of all political rallies to mark the party’s 10th anniversary in Mombasa.

According to ODM deputy party leader and Mombasa Governor Ali Hassan Joho, the Opposition is set to make “a major declaration” that would change the country’s political landscape.

However, Joho could not affirm what the announcement would entail, or whether it would be the unveiling of the Opposition flag bearer for the 2017 Presidential race.

The ODM event dubbed ’10 at 10′, which will coincide with the Jubilee Party launch, will begin with a series of rallies on Friday and culminate in a mega gathering at Tononoka grounds on Saturday.

“The two-day event ODM is set to hold in Mombasa will be the mother of all events it has held in the past and will culminate in a grand rally at Tononoka grounds on Saturday,” said ODM Director of Elections and Suna East MP Junet Mohamed

According to Mohamed, they decided to hold the event in Mombasa to prove to Jubilee that the Orange party was still the party to beat at the Coast.

All ODM elected leaders are expected to attend the event that is set to be graced by attendances from Wiper Democratic Movement leader Kalonzo Musyoka, Ford Kenya leader Moses Wetang’ula as well as some international guests.

This comes as President Uhuru Kenyatta and his deputy William Ruto gear up for a grand launch of the new Jubilee party through which they will seek re-election in the 2017 elections.

The Jubilee party will be holding a three-day event beginning Thursday, with the climax being on Saturday when the new political outfit will be unveiled.