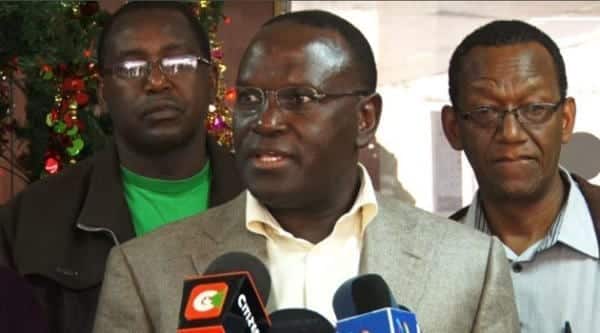 NAIROBI, Kenya, Oct 16 – As 2017 General elections near, some regions seems to shift ground to either of the political affiliation as the scramble continues.

In Ukambani region, a section of elders, who were hosted by Health Cabinet Secretary Cleopas Mailu have vowed to endorse the Jubilee Government 2017 bid.

During the meeting at Mailu’s Makueni home, the Cabinet Secretary also sought the support of Ukambani Council of Elders in some of the Government’s projects in the area.

“We have resolved to fully support the government and the development agenda for our people. We have faith in the Jubilee administration and the leadership of President Uhuru Kenyatta,” one of the elders intimated.

Mailu hosted the elders at a time a section of Ukambani politicians have openly declared their support to the Jubilee Government.

Already, some MPs who recently defected to the newly formed Jubilee Party have given Wiper leader Kalonzo Musyoka a 30-day ultimatum to decide the community’s political future.

KENYAN DIASPORA IN THE MEDICAL PROFESSION REQUESTED TO REGISTER

My seven years of tribulations over ICC suspect tag