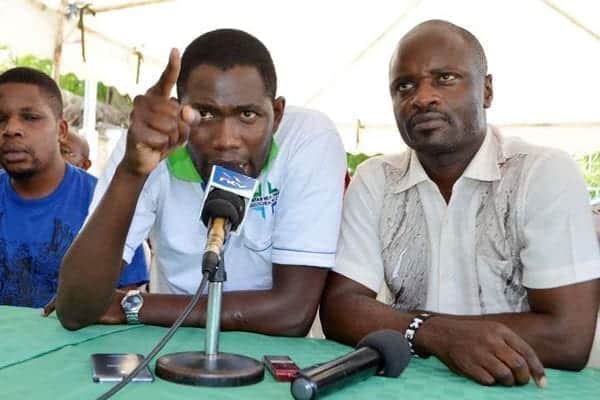 The Court of Appeal has ordered the release of seven doctors’ union officials, pending the determination of a case challenging their month-long jail sentences.

The order was issued on Wednesday morning following an application by a team of lawyers.

The three-judge bench of Wanjiru Karanja, Hannah Okwengu and Jamila Mohammed subsequently ordered the Law Society of Kenya and the Kenya National Commission on Human Rights to lead the stalled talks to get doctors back to work as soon as possible.

“We hope that the talks will now be fruitful,” Judge Wanjiru said.

Matters would have been complicated if the Council of Governors opposed the appeal, but it took the order of the court for the lawyers to first agree before a ruling could be made.

The lawyer representing the CoG wanted timelines issued to the Kenya Medical Practitioners, Pharmacists and Dentists Union (KMPDU) officials so that the strike can be called off, even as the negotiations continue.

After minutes of brainstorming, the lawyers came up with a four-point agreement that was entirely adopted by the court on the best way to resolve the ongoing stalemate that has seen tens of lives lost across the country.

The doctors’ union officials were represented by lawyers James Orengo, Mutula Kilonzo Junior and Philip Murgor who mounted a strong defence to get the union officials freed after public outcry.

All the parties in the case are expected back in court on February 23 to report on the progress made so far.

“The important thing to note about this ruling the court made is that they did not want to interfere with the constitutional rights of the doctors,” lawyer Orengo stated. “There are no orders made in respect of the strike but in finding an amicable solution.”

On Thursday next week, the team will report whether there is progress, “after which we shall move to the next level.”

“If there are issues that again will need more time, the court can extend the period. It is a matter which is urgent and must be dealt with expeditiously but the court is to some extent in control.”

Tens of doctors who were camping outside the court premises broke into chants after receiving the ‘good news.’

They made it clear that a solution will only be found if the disputed 2013 Collective Bargaining Agreement is implemented, leaving questions on the fate of the negotiations.

Both the National and County Governments have accused the doctor’s officials of failing to cede some ground during the previous collapsed negotiations though they say about 90 percent of issues have been agreed upon.

The issue of contention according to the Council of Governors Chairperson Peter Munya is the demand for a 300 percent pay increment, which would see an intern doctor earn about Sh400,000.

The government had offered a 40 percent increment which the doctors rejected.

On Tuesday, Munya was categorical that the disputed CBA cannot be implemented. “They only insist on a CBA that has not been even registered in court,” he said.

“County Governments remain committed to a negotiated settlement in good faith of all parties in dispute. The council of Governors participated in the mediation process and is committed to the resolution of the issues in dispute,” he said.