Joho Certificate: Here are 6 other politicians whose academic qualifications were questioned

Below is a list of some Kenyan politicians whose academic qualifications were brought into question – Mombasa Governor Hassan Joho is currently being investigated by the DCI – His case has been making national attention for the past four days In the wake of Mombasa Governor Hassan Joho’s alleged KCSE certificate forgery, TUKO.co.ke compiled a list of politicians whose education qualifications were, and continue to be, investigated.

The Starehe MP’s KCSE papers were brought into question again when an opponent wrote to the Directorate of Criminal Investigations and Director of Public Prosecution to have his papers investigated. Apparently, Kamanda forged his O-level papers, claiming they were issued by the East African Education Council in 1974 yet he never studied past primary school. He got the Jubilee nomination in 2013 but it yet to be seen if he will get the same chance again with the upcoming August 8 poll. 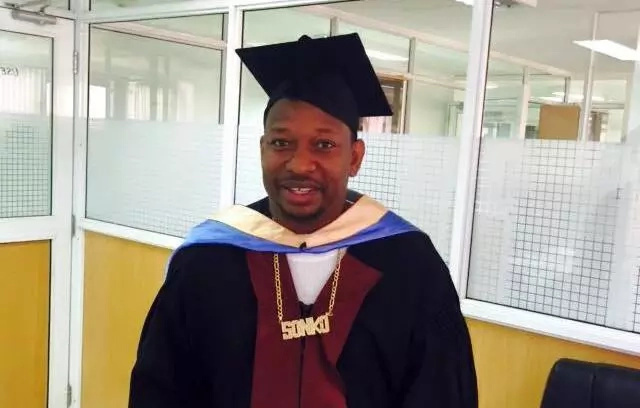 Uasin Gishu Governor Jackson Mandago. Zedekiah Kiprop is one of the candidates planning on unseating him. Zedekiah Kiprop’s papers are under investigation after lawyer Boaz Kimeli went to court demanding an audit on the politician’s papers. Kimeli wanted to know if Kiprop was qualified to pursue the undergraduate degree he claims to have. According to Nairobi News, it is believed Kiprop was never qualified for admission into university. Subscribe to Tuko youtube channel to watch more interesting videos! 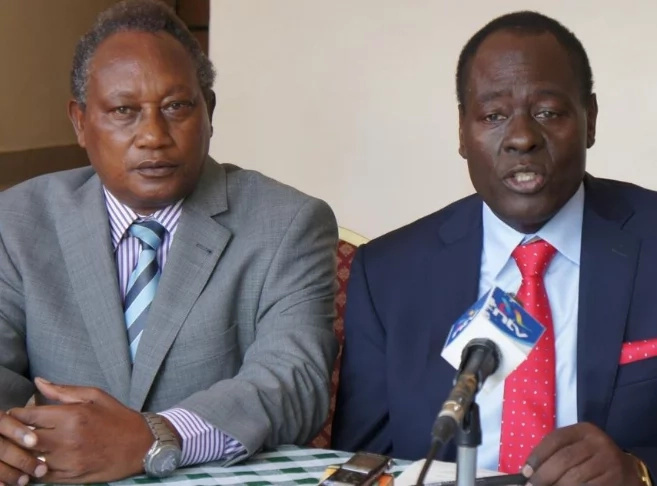 Governor Wamathai (l) was recently sworn into office following the death of the late Gachagua Nderitu. Thuo is planning on unseating him on August 8.

Thuo Mathenge, one of the major contenders for the seat that was recently occupied following the death of the late Nderitu Gachagua, is being investigated. Apparently, someone petitioned to have his academic qualifications audited. 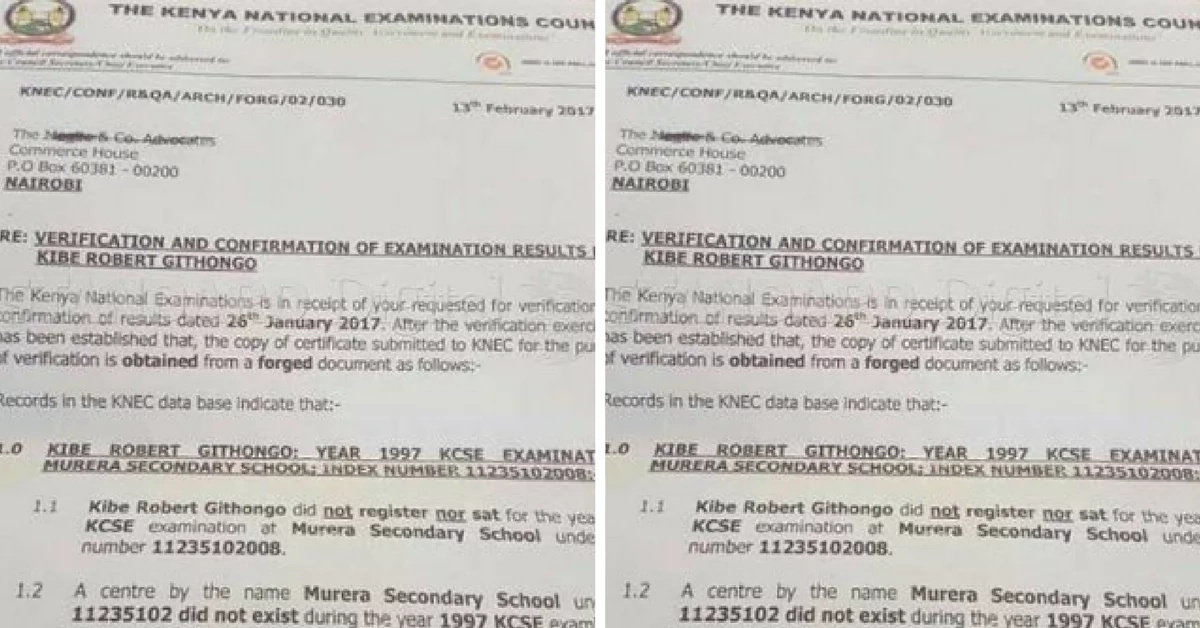 KNEC’s letter to Robert Githongo informing him his KCSE certificate is a forgery.

Githongo is a close ally of Gatundu South MP Moses Kuria and the chairman of the constituency’s CDF. He was planning to vie for MCA for Kiamwangi ward in the area but his plans were halted when Kenya National Examination Council wrote to him, revealing that his certificate is a forgery. Apparently, neither the name of the school nor the index number he used existed in the year he allegedly sat his examinations. His documents are currently under investigation by police and JKUAT where he enrolled for a diploma program. Ferdinand Waititu  is planning to unseat Kiambu Governor William Kabogo in the upcoming August 8 General Election. Kabogo used every means to try and have Waititu’s academic qualifications investigated, claiming he had forged his degree certificate. However, Waititu beat in him in court, and just to add salt to the injury, he slapped Kabogo with a KSh 50.9 million bill for making him filing defense in the court case. Tough rules have been set on aspirants looking to get nomination ahead of the August 8 General Election.

The top most investigation that has been making headlines is that of Mombasa Governor Hassan Joho. Two KCSE certificates emerged bearing his name.One of them –the fake- is from 1992 with a C+ grade and the genuine is from 1993 with a D- grade. It was discovered he used both to get into different universities in Kenya and Uganda. Joho claimed he was innocent of all charges and was only being intimidated by the government.