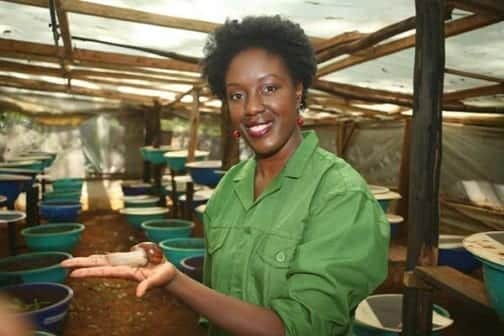 Raila Odinga’s daughter, Rosemary, is recovering in South Africa after an operation at a Nairobi hospital, a family source has said. The source said the Kibra parliamentary aspirant was on Monday operated on before doctors decided to fly her to South Africa the following day.

There were reports that she was taken there for further treatment. She was accompanied by her mother Ida and sister Winnie, the last-born. Also with her in South Africa is the family doctor Oluoch Olunya. Wednesday morning, Rosemary, who was diagnosed with brain tumour sent a new month message to Kenyans. “A new month signifies new beginnings. If things did not go your way in February, March is offering you a second chance. Make good use of it. I wish you all a blessed Month,” she posted on her Facebook page.

And Kenyans continued to shower her with quick recovery messages. Rosemary was admitted to the Aga Khan Hospital, Nairobi for eight days before being flown to South Africa. She had complained of migraines, prompting her hospitalisation for scans that led to the detection of the tumour. Rosemary is seeking to unseat Kibra MP Ken Okoth on an ODM ticket.

She officially launched her bid for the seat in January. The bid ignited political jitters, with her father’s former campaign manager, Eliud Owalo, who is also running for the seat, aiming his guns at her. Rosemary first showed signs of joining politics during the burial of his brother Fidel through her message that challenged his father, Raila, and President Uhuru Kenyatta to dialogue over national issues instead of talking at each other. Since then, she has remained active on the country’s political scene, most of the time accompanying her father to political rallies.

And it is from these activities that political analyst Mutahi Ngunyi said she could be the first Luo and female president. Raila has unsuccessfully run for the top office three times and is set to compete for the National Super Alliance ticket for another stab at the presidency. “The first Luo president will be a woman and that woman will be Rosemary Odinga,” Prof Ngunyi predicted. Infectious Charisma “Raila has checked and it has occurred to him that it didn’t happen with his father.

It will not happen with him and so he better start preparing for succession,” he added in a YouTube broadcast. “Raila is very smart and that’s what’s prompting this woman. She has the fire of her grandfather and the charisma of her father, which is very infectious.”

He further says: “Kikuyu-Luo support system has existed over the years and it is not outrageous to think that Rosemary Odinga will be the Kikuyu candidate for 2022 who will run with William Ruto. It may be a far-fetched idea, but it’s very probable.”

Rosemary is the only snail farmer in Kenya, a venture she started in 2007 after visiting former Nigeria President Olesegun Obasanjo, who rears the squids.