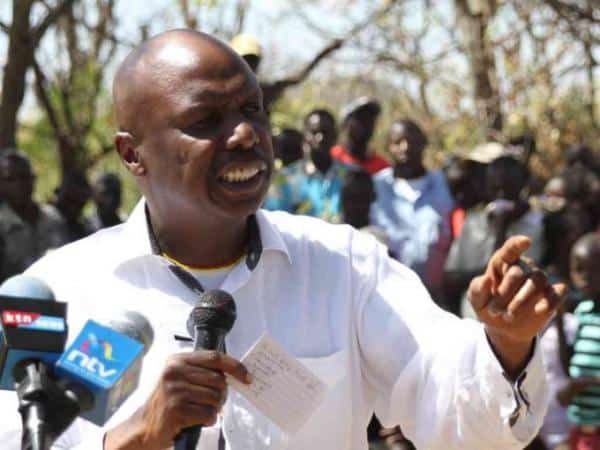 Baringo Senator Gideon Moi has warned his supporters against being tricked into “castrating their own bull”, while communities such as the Nandi and Kipsigis keep theirs.

“I have shelved all my interests to support Jubilee. I have not bothered about the DP’s position but does he think I don’t want [the seat]? Why does he bother so much about my small seat?” Gideon asked.

He spoke in his home turf of Kabimoi in Eldama Ravine at the weekend, when he launched his campaigns.

The Kanu chairman said his political rivalry with the DP picked at the time of the Kericho senator race in 2014, when he “pumped millions of public resources” to support Aaron Cheruiyot while he backed Kanu’s Paul Sang.

He said the DP takes more trips to the county that any other place in Kenya, promising Jubilee will undertake projects worth millions of shillings, not because he loves the people but so he can sway support.

Uhuru, Ruto arrive in Mkunguni, Lamu as they start Coast…

Elections 2013 Ushers in Highest Number of Siblings to the…

“Mark [my words], once you vote me out and replace me with another candidate in August, you will never ever see Ruto stepping on Baringo soil…forever.”

Gideon said he only needs a second and final term and that after the August 8 election, the people will not see him “forever mounting posters around” seeking their support.

“Instead, [I will aim] for the presidency and the top government seats,” he said, with his finger in the air.

Ruto will vie for president then to succeed Uhuru Kenyatta who will only rule for two terms.

The two men are locked in a battle over who will be the Rift Valley kingpin. It had been Ruto but his continued reign is not assured. They frequently trade insults.

In the recent past Gideon has said Rift Valley people no longer trust Ruto and that the President should deal with them directly.

The Kalenjin people, he said, “find him arrogant and condescending”.

The people pledged support for Gideon but asked him to be more accessible to them.

“You are too slippery and far from reach because of many political brokers, which is unacceptable” said Agnes Kemboi.

“You ought to make adjustments,” she said, adding Gideon will face a tough challenger.

Gideon expressed confidence he will win.

“I am confident my people, who supported my father since 1956, shall not let me down at the eleventh hour.”

He drummed up support for Uhuru’s re-election, reiterating that Kanu and Jubilee Party were in agreement.

The speakers praised Gideon for funding rpojects including the Sh200 million milk plant in Eldama Ravine, sponsoring more than 300 youths to pursue technical courses and pushing for inclusive energy bills at the Senate.