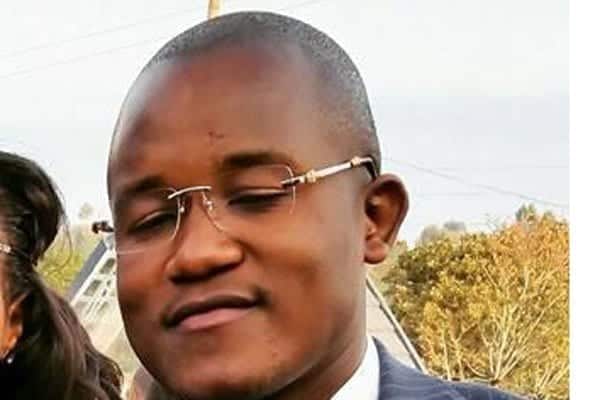 Flamboyant businessman and politician Jared Otieno was on Monday detained for a week over allegations of obtaining Sh 183 Million on false pretenses.

According to the People Daily, the businessman who drives a customized Porsche worth an estimated Sh30 million, was arrested on June 17 following complaints by several people of varying nationalities that he had been obtaining money by false pretences.

According to court records, Jared conspired with others locally and internationally to obtain money from the unsuspecting complainants with promises he was in a position to export gold from Kenya to their home countries.

“He took the complainants at different times to his other office within Kileleshwa which also acted as gold smelting refinery,” DCI through investigating officer Moses Gituathi told the court.

Nairobi Senior Principal Magistrate Martha Mutuku on Monday allowed the police to detain him for seven days in order to complete their investigations.

The Luo tycoon rose to prominence in 2015 when he and his monied friends delivered dowry to his fianceé’s home in Meru in a grandiose affair involving a huge motorcade of expensive cars and at least four choppers.

Earlier in May the same year, Jared spent a reported Sh15 million on a pre-wedding party in his hometown of Ndhiwa to officially receive his sweetheart Kendi Mwiti.

Five months after the pre-wedding, Otieno formalised his union with Kendi Mwiti in October 2015 in a lavish wedding held at Windsor Hotel in Kiambu County.

The invite-only ceremony whose reception was held at Safari Park Hotel was attended by the who’s who in the society.

Among the notable high-profile figures at the wedding included Senators James Orengo, Anyang’ Nyong’o, Kiraitu Murungi and Naisula Lesuuda.Others were

By January 2016, Jared had built his new wife a multi-million home in Ndhiwa, Homa Bay County.

Funds appeal for Kenyan Man who Drowned with Daughter in Texas