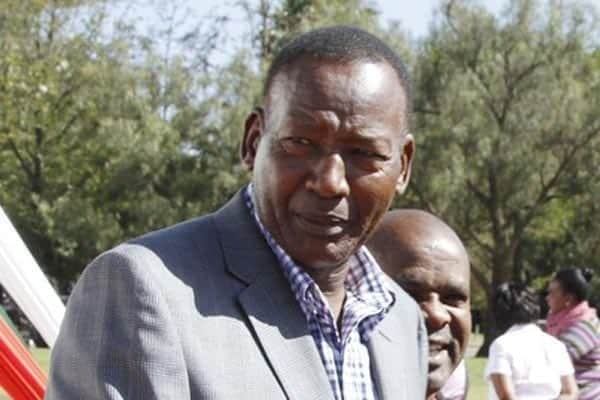 Here are photos from that function provided by the Presidential Strategic Communication Unit (PSCU).

Before going to Uhuru Park, the CS had chaired a series of security meetings at his Harambee House office, according to officials in the ministry.

His Twitter account @GenNkaisserry was last updated on June 25 with a message to muslims during Eid Ul Fitr celebrations “Eid Mubarak message to Muslims as they mark the end of the Holy month of Ramadhan. #happyeidmubarak”

The CS, aged 68, died at Karen Hospital on Saturday morning after being admitted for check up, according to State House.

“It is with deep sorrow and shock that we announce the sudden passing on of Interior CS Retired General Joseph Nkaissery,” said Joseph Kinyua, the Chief of Staff and Head of Public Service who issued a statement.

“He passed on after being admitted for a check-up,” he added, “The country to be updated as more information becomes available.”

There were no immediate details on the cause of his death.

Nkaissery’s death, coming exactly a month to the General Election set for August 8, is a big blow to the nation due to the critical role he was playing in strategizing with top security chiefs to ensure a peaceful election.

Several Cabinet Secretaries and other top government officials were among those who rushed to the Karen Hospital soon after the announcement—including Inspector General of Police Joseph Boinnet and CID boss Ndegwa Muhoro.

“It is unfortunate that we have lost the CS,” Muhoro told Capital FM News on telephone, “our prayers are with his family.”