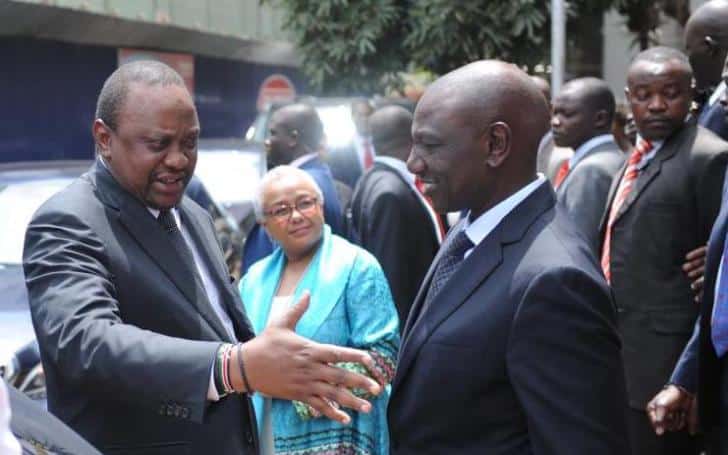 President Uhuru Kenyatta has for the first time spoken on the strained relationship with his deputy William Ruto.

Speaking on Monday, August 23, 2021, during an interview with editors from leading media houses, President Kenyatta said he had no idea what transpired between him and his deputy in their second term.

“I have no idea what has transpired except for the fact he is trying to create a base for him and his future politics, which is his right, I have never denied him that and he is free to do so.

“But I feel its unfortunate the manner in which he is doing it by going against the same government he is serving is wrong. Like I said the issues we have been trying to fight in this BBI, are the same issues that brought us together,” the Head of State said.

Commenting on his recent meetings with ODM leader Raila Odinga and One Kenya Alliance (OKA) principles in the absence of his deputy, the President said Ruto had been opposed to the process for reasons unknown to him.

The Head of State said the meetings had nothing to do with succession politics or selecting any candidate for the presidential race in 2022.

“He (DP Ruto) has been opposed to the process, meetings are not about selecting a candidate. You cannot bring someone who is opposed & does not want to see things happen on board. You cannot force something down someone’s throat,” Mr. Kenyatta told editors during the interview.

Uhuru’s relationship with his deputy

What started as mere differences of opinion snowballed into a full-blown political war that has strained the relationship between the President and his deputy.

The public bromance and unity displayed between President Kenyatta and DP Ruto in their first term fizzled out after 2017.

In past interviews, DP Ruto has always told journalists to ask the President what might have led to their fallout.