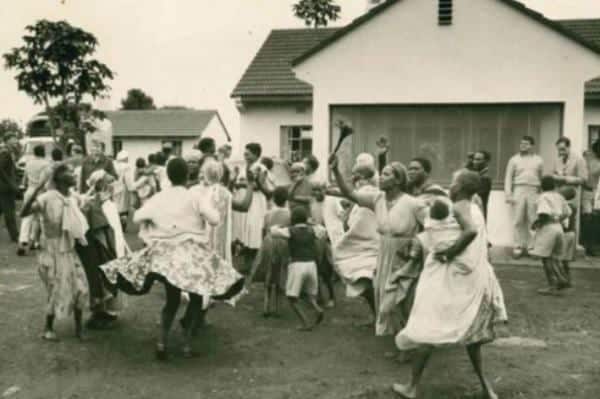 Ichaweri is a small village along Kenyatta Road in Gatundu South, Kiambu County. It is the rural home of two of Kenya’s presidents, Uhuru and his father Mzee Jomo Kenyatta. The old Kenyatta preferred State House in Nairobi to the noisy crickets in his shags, which he often complained of reminding him of the colonialists.

The largest residential pad in Ichaweri is of course the home of the Kenyattas, its V-shaped entrance flanked by the coat of arms and two lions on either side, besides uniformed security detail.

Although there is a chapel inside, it’s from this grand home where Uhuru’s mother, one-time First Lady Mama Ngina Kenyatta, attends the nearby St Gabriel’s Catholic Church.

It was at this home where over 600 school children unanimously chose Kenya’s national anthem after the Cabinet ministers were unable to select from the three composed as samples in 1963.

Besides holding Cabinet meetings here, Jomo Kenyatta also received dignitaries in his rural home, including former Israeli Prime Minister Golda Meir in 1964 when Uhuru was playing around as a three-year-old.

John Ndung’u, a neighbour of the Kenyattas, was 20 years old at the time. Now 74, Ndung’u recalls that Uhuru’s old guy returned to Ichaweri after he was released from house arrest in Maralal in 1961 and found his house overgrown with shrubbery and his Hudson car on rocks.

Mama Ngina had been detained at Kamiti, while Uhuru’s stepsister, the late Margaret Kenyatta who died this year, was under the care of an Indian book binder in Nairobi, as Jeremy Murray-Brown informs us in Kenyatta, his 1973 biography of the first president.

Uhuru was conceived at the Kenyatta house in Maralal while Muhoho and their sister followed shortly thereafter in the years following the end of the State of Emergency.

“I was always contacted by Jomo to do the renovations at his house and I could see the playful Uhuru then ride a bike in the play field. His brother Muhoho was quite different from him because he was a quiet kid,” explains Ndung’u.

“When he was not riding his bicycle he would be carrying a ball, which he would kick so hard to the farthest end and run after it.”

Mzee Ndung’u narrates that though Uhuru was restricted from moving outside the gate, he would sometimes sneak out and join the neighbours’ kids to play football.

“It was very rare to see him playing with other kids in the village, but he would reach out to them because he loved playing football and making new friends. Mzee never got angry with him; it was evident that he was a people person and a jovial one at that. When I see him today, I’m proud of him because he has never changed.” 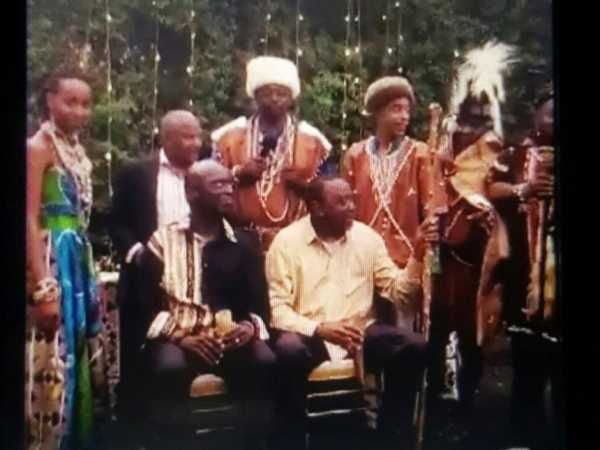 The same observations are made in Hard Tackle, the threadbare bio of Uhuru by Irungu Thatiah that was published in 2014: “He (Uhuru) was at home with the crowds often dancing where the people were dancing. He didn’t mind joining ululating village women for a noisy jig at the marketplace…exactly the kind of thing that made his siblings cringe with horror.”

Neighbours who are older than Kenya’s independence also recall Mzee Kenyatta carrying money in gunias, and dishing it to the locals, besides wazee in the village being invited to “slaughter goats and the gate is opened for everyone,” says Mzee Ndung’u.

He adds that with Mzee around, they were assured of drinking the finest muratina, the traditional Kikuyu brew.

Neighbours say that President Uhuru is a frequent visitor at Ichaweri and where they shared special moments with him last year when his son, Jomo Kenyatta was wedding his fiancée Fiona Achola.

“When the president visits his ancestral home, everyone is usually invited and he loves his people. We celebrate and dine together. Alcohol of different is brought in trucks and the day becomes like a national holiday for us. It’s all about feasting and sharing words of wisdom with the president”, said Anthony Gitau, a kiosk owner at Ichaweri village.

But neighbouring the president has its challenges. Like the day Mzee Kenyatta wanted to buy out a neighbour’s adjacent piece of land. The jirani, Mzee Ndung’us stepfather, is said to have dug a shallow grave and planted himself inside, swearing that he’d rather be buried alive than cave in to the demands of Uhuru’s father.

Mzee Ndung’u remembers that, “When my stepfather first declined to sell the land to him, there was a rift and Mzee called a meeting where the PC and DO were also present to convince him so that they could build a camp to enhance security. He was told to either lease or sell the land to Jomo and that serikali haitosheki, but he refused to sell it and Mzee honoured him for that and decided to give them another land at Kamae.”

Bull’s Eye: The art of sharing