The acting opposition chief of Zimbabwe Nelson Chamisa found himself in unfamiliar waters when Kenyans on Twitter (KOT) weighed in on his address when welcoming Raila Odinga in Zimbabwe.

The acting president of Movement for Democratic Change (MDC) caused a stir on Twitter as he seemed to have irked KOT by referring to the NASA chief as ‘mzee.’ 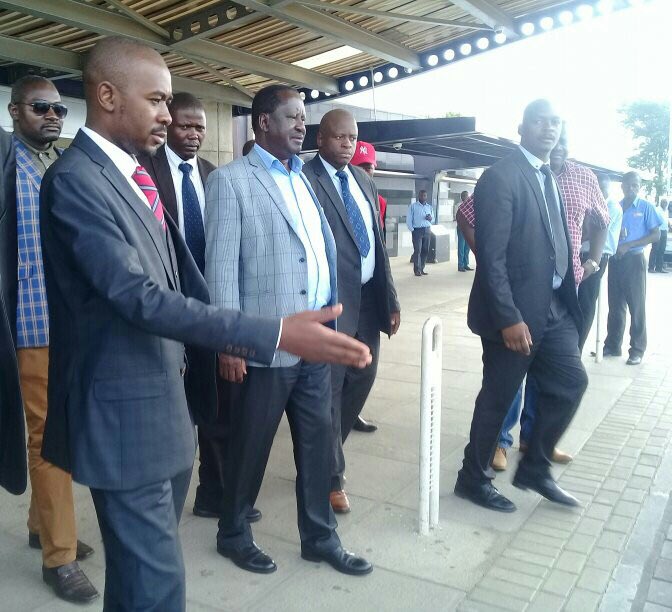 At the Airport to welcome President MT’s Friend Kenya’s Mzee Raila Odinga.Mzee will be paying his last respects to his dear Friend & Cde DR. MT at Humanikwa Village in Buhera tomorrow morning#tsvangiraithelegend

Mr Chamisa welcomed Raila at Robert Mugabe International Airport before tweeting about Raila’s arrival in the country for the burial of the former Zimbabwe Prime Minister Morgan Tsvangirai who succumbed to cancer.