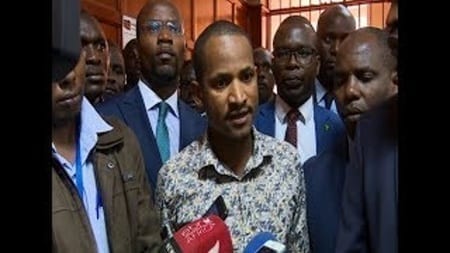 The High Court on Friday found that the August 8, 2017 election that Mr Owino won was marred by widespread errors and malpractices.

The petition was filed by his rival Mr Francis Mureithi, who lost the race and whose main argument was that there were various sets of results contained in the forms.

Through lawyer Ham Lagat, Mr Mureithi said the forms were not legible, making it difficult to determine whether the results in Forms 35A corresponded with those in Form 35B.

Justice Joseph Sergon agreed with Mr Mureithi that it was difficult to know who won the race.

Judge Sergon invalidated his election after finding that he also coerced and intimidated IEBC returning officer.

Ms Owino joins five other MPs who have been dethroned so far.

Section of Kamba leaders say they will support Jubilee government