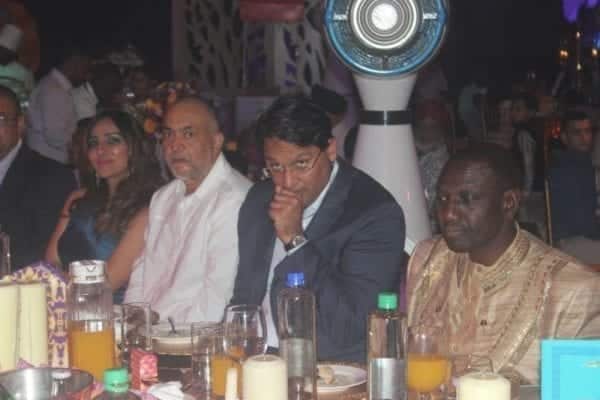 Deputy President William Ruto has triggered a heated debate after he visited Kisumu and spent eight hours in an invite-only wedding.

The DP, who travelled without his motorcade, attended the wedding involving two prominent Indian families and sat late into to the night at the Simba Club hall next to the United Mall complex. The two families have business interests in Western Kenya.

On Wednesday, the entrance to Simba Club was a no-go zone as police kept vigil and vetted those entering the newly constructed hall where the wedding was underway.

A security official who had knowledge of the visit told the Saturday Standard that Ruto was driven in a car belonging to one of the local businessmen. They drove through Kakamega-Kisumu road and passed through Kondele without attracting any attention.

When contacted, one of Mr Ruto’s allies in Nyanza, George Ayugi, said he was also trying to establish the DP’s whereabouts.

“Let me find out for you,” he said but never called back.

The wedding ceremony is an elaborate exercise that started on Monday and will continue into the weekend.

Ruto’s Press Secretary David Mugonyi, when asked about the DP’s itinerary in Kisumu, denied any knowledge of his trip.

“I am not aware,” he said curtly in a text message.

In a video recording of the event, Ruto is heard thanking the two families for allowing their sons and daughters to undergo such an Asian nuptial.

“We have come here to celebrate the two youngsters who are in the process of forming their family, which is a unit of socialisation in our society,” he said.

“My presence here with my wife is to demonstrate that we value the Christian love and recognise the family as the unit of socialisation.”

Sources said Ruto and his wife Rachel had a relaxed time and gave the young couple a chance to take as many photos as they could with them at night.

“They posed for photo shoots at Simba Club with the DP at will,” a source at the club’s gate said yesterday.

Ruto wore a cardinal-red and brown silk tunic and his wife a jewelled headdress and a shell-pink silk gown.

Recognising the family as a cohesive bond in the society, Ruto said the family unit was a key agent of socialisation that if well nurtured will eventually lead to a cohesive society.

The Asian families said the main wedding ceremony where leaders, including opposition leader Raila Odinga, have been invited is tomorrow.

There has been a cold relationship between the allies of Ruto and those of Raila, who enjoys a fanatical support in Kisumu. Pro-Raila MPs in both ODM and NASA have in the past complained that the Deputy President was not comfortable with his handshake with President Uhuru Kenyatta.

Ruto’s supporters, on the other hand, have perceived the handshake as a hurdle to the DP’s 2022 succession plans.

Of late, the DP’s allies have been blaming Raila over the Mau Forest evictions but ODM legislators dismissed the claims.

“I have just heard that he (Ruto) is around, being hosted by the two families, but were are not in the picture,” said Deputy Governor Mathews Owili.