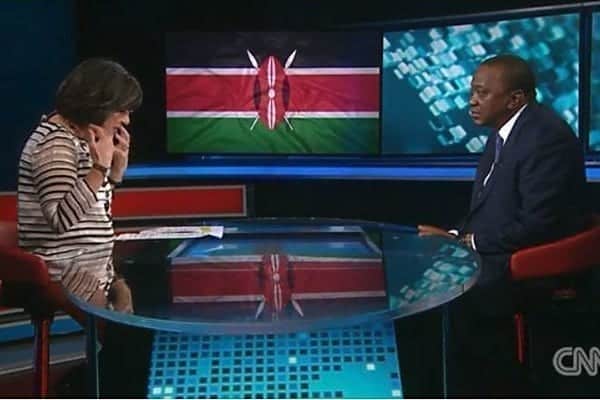 A White House official has signalled that the Trump administration is scrapping Barack Obama’s policy of promoting gay rights in Africa.

Mick Mulvaney, director of the Office of Management and Budget, told a religious freedom conference in Washington on July 24 that such advocacy amounts to a form of “religious persecution.”

“Our US taxpayer dollars are used to discourage Christian values in other democratic countries,” Mr Mulvaney said in reference to the Obama administration’s use of financial leverage to discourage discrimination against gay people in Africa.

The apparent shift in US diplomacy will likely be welcomed by President Kenyatta, who may also be left feeling vindicated.

In a joint appearance in Nairobi two years ago, the Kenyan leader resisted then-President Obama’s declaration that “the state should not discriminate against people based on their sexual orientation.”

Mr Kenyatta said in response on that occasion, “For Kenyans today, the issue of gay rights is really a non-issue.”

And in an interview with CNN earlier this year, the Kenyan president suggested that same-sex relations are not a matter of human rights but rather of “our own base as a culture.”

In his address to the Trump administration’s Ministerial to Advance Religious Freedom, Mr Mulvaney took a stance more closely aligned with President Kenyatta’s than with Mr Obama’s.

“It was stunning to me,” Mr Mulvaney said, “that my government under a previous administration would go to folks in sub-Saharan Africa and say, ‘We know that you have a law against abortion, but if you enforce that law, you’re not going to get any of our money. We know you have a law against gay marriage, but if you enforce that law, we’re not going to give you any money.’”

“There are a lot of people in this government who just want to see things done differently,” the White House budget chief said.

Soon after taking office in 2009, Mr Obama lifted his Republican predecessor’s ban on US funding for NGOs in Africa and other parts of the world that offer counselling on abortion.

President Trump, in turn, has reinstated that ban, which its opponents term “the global gag rule.”

US support for gay rights in other countries was made explicit in a 2011 Obama memorandum directing American diplomats and aid officials to “promote and protect the human rights of LGBT persons.”

And in 2016, the Obama administration announced it would bar the US Agency for International Development from awarding contracts to organisations that condition their services on the basis of potential clients’ sexual orientation.

video:Bensouda gives her reasons for holding on Uhuru’s case