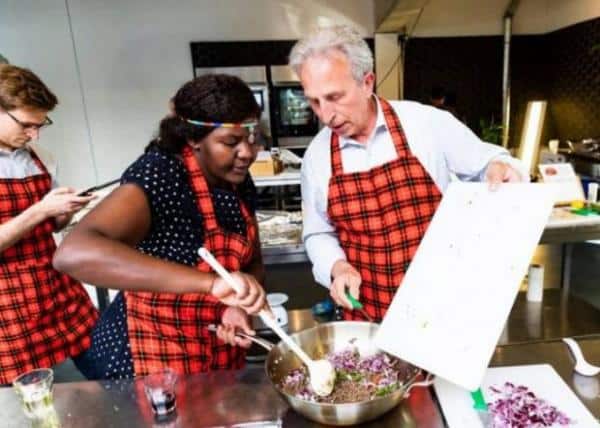 Amsterdam, Netherlands — Starting a business is like building a cathedral, says Caroline Murigi, who took a bold step to leave her prestigious job at a Netherlands telecom company to teach people how to cook Kenyan food.

With no business plan and with just €500, Murigi hired a kitchen, bought ingredients and printed posters, inviting the public to cook, eat, drink and dance the Kenyan way.

Murigi, whose says she has always loved cooking from age 9, moved to the Netherlands for ‘greener pastures’ first working for an international NGO.

She then moved to Liberty Global – world’s largest international TV and broadband company – as an executive assistant and left after seven years exiting as Demand Manager in the mobile division.

“I loved my job, but I always felt there is a gap between my culture and how I was leaving my life. There was nothing Kenyan I could pass to my daughters,” says Murigi.

The light bulb moment came when she was driving to work one day and thought of starting a Kenyan restaurant in Amsterdam.

But after sharing the idea with a friend, she was introduced to someone who had started Italian cooking workshops.

“His cooking workshops were always sold out. We set up our first cooking workshop at his kitchen studio and he gave me tips on how to target the market and how to structure the workshops,” says Murigi, who says she got a profit of €200 from her first workshop, ploughing it back to the business.

As Chakula BV was taking its baby steps, Murigi had to recruit and train a team to take care of the business, partly because she was expecting and was due to take a maternity break.