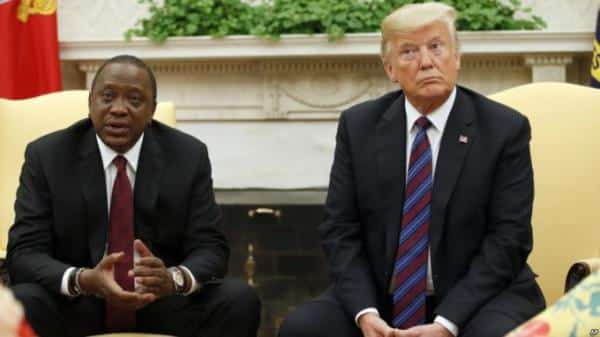 After President Daniel Arap Moi Visited the United States as a special guest of Ronald Reagan, Kenya’s social, economic, political environment begun to decline. A popular University professor advised 3rd world countries to, “look out for the American foreign policy that begins with, ‘this country is an important strategic partner’, because the words may sound good but there is always an underpinning of greater forces.
He advised third world countries to either have very smart people negotiating the ‘important’ strategic policy with the United States, or if not, to RUN.
When Uhuru Kenyatta met with president Trump, it is important to note that Trump had the most senior people in his government. President Kenyatta had people who grew up in the village wearing suits to look western. I hope he understands the need to have non-villagers represent Kenya in any United States negotiations. History should educate him.
Related Posts
NEWS