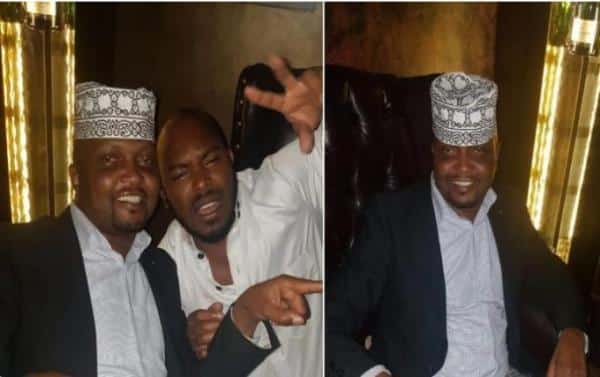 Gatundu South Member of Parliament, Moses Kuria has started what could be a fresh war of words between him and combative lawyer Miguna Miguna.

Moses Kuria has this morning posted a picture of him wearing a cap that looks like Miguna’s cap with a caption that mocks the lawyer’s inability to get back in the country.​

“Hey @MigunaMiguna I miss you. Do you miss Kenya?” the Gatundu Member of parliament tweeted.

Miguna Miguna has not responded. But the comments on the post almost predict how hard Miguna will come back.

With sanity, more comments suggest Kenyans do not like the petty war of words between leaders.

In September, A war of words also erupted between vocal Gatundu South Member of Parliament, Moses Kuria, and combative lawyer Miguna Miguna after the latter accused the former of being behind high profile killings in Kenya.

Miguna kicked off the fiery exchange by alleging Kuria was one of the people who murdered the Independent Electoral and Boundaries Commission (IEBC) IT Manager Chris Msando.

According to the Kenyan-born Canadian barrister, Kuria had no moral authority to mourn slain Rongo University student, Sharon Otieno, because he was also a killer.

In a rejoinder, the Gatundu South lawmaker expressed regret in ever dining with Miguna when he already knew the alleged evils he had committed in Canada.

MY DAD WAS POISONED, SAYS MUTULA